PH supporters are open to the unthinkable if Ahmad Zahid is out of Umno and BN. 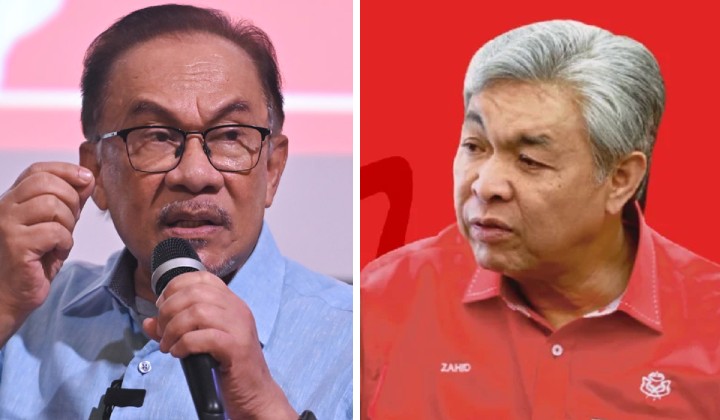 Malaysia is caught in a hung parliament, and netizens are discussing an ‘unholy alliance’ between Pakatan Harapan (PH) and Barisan Nasional (BN).

The Malaysian political situation has entered a hung parliament because no political party has won a simple majority of 112 seats.

Amer Hadi Azmi, a journalist with the South China Morning Post, posted a question on Twitter if PH supporters can accept joining forces with BN.

PH supporters, would you guys even agree to a coalition with BN?

It is a tough question because PH has vowed to get rid of BN, whom it accused of being corrupt.

In all seriousness, PH and in particular, DAP cannot work with BN who they call corrupt / kleptocrats. The whole point of voting PH is to get rid of BN. If they do, they can be prepared to lose their voter base next GE.

Netizens have begun to discuss the possibility of a new coalition government formed by the two coalitions, and PH – BN has become a trend on Twitter.

Some analyzed that the PH – BN combination will secure victory for now, but it will not be a feasible strategy if it continues to the next election.

However, if the Sarawak-ruling coalition Gabungan Parti Sarawak (GPS) is added, it will increase the winning rate of the next election.

IMO:
PH-BN = victory for now, but not next term feasible
PH-BN-Borneo=strong victory with higher chances of winning next term
PN-BN=waste of time and people's money, predict another GE in 3 years time
PN-BN-Borneo=no hope for PH for the next 2 terms, GE again in 3 years

Many netizens advocated that Umno should clean up its internal affairs first and even named Khairy Jamaluddin and Shahril Hamdan, who both lost in GE15, to reform Umno so that they could accept the alliance of these two camps.

Hell no. Let KJ & Shahril Hamdan revamp UMNO and if it were to happen for PN to govern, let’s give them the chance. The rakyat have chosen & we have to respect it. This is democracy! https://t.co/nTYr7HPrhH

They also demanded that Umno president Datuk Seri Ahmad Zahid Hamidi be removed first due to his corruption scandal.

Some netizens firmly oppose this alliance, but some prefer the PH – BN alliance to teach a lesson to the ‘traitorous’ Perikatan Nasional (PN).

Others joked that only by supporting the PH – BN alliance can they have the opportunity to see a Korean girl group come to Malaysia for a concert.

this is the blackpink concert that you guys are gonna go next year if pas becomes the govt!!! https://t.co/y6kDoqLPZ8

It Takes Two Hands To Clap

But even if PH supporters are willing to forgo all conditions, they still need BN to say yes.

READ MORE: GE15: [Watch] PH And BN Supporters Celebrate Together On The Streets Of Ipoh

And so far, it looks unlikely as BN leader Datuk Seri Hishammuddin Hussein thinks it’s better not to cooperate with PH.

In a statement on Facebook last night, the Sembrong Parliamentary winner stated the need for the party to work with parties with the same values ​​and objectives.

In any case, PH supporters need to hope and pray that their leaders act fast, as negotiations are already underway between PN and GPS.

My opinion is that likely PH+BN will likely be the coalition to form simple majority. One must not forget they have work together in the past (not as Government) through MOU. BN is the king maker and not Borneo pact as first thought.