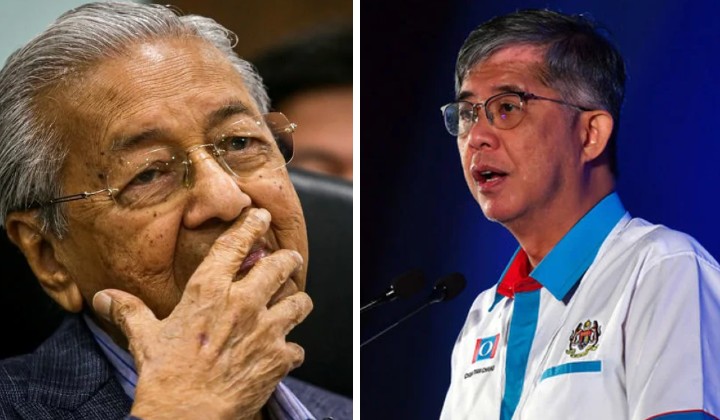 Tun Dr Mahathir Mohamad may have lost his deposit in Langkawi, but he is not walking alone.

The grand old man of Malaysian politics is but one of the 369 candidates for the parliamentary seats who lost their deposit.

They lost their deposit after receiving less than one-eighth of the votes counted in the 15th General Election (GE15).

Dr Mahathir, competing in Langkawi on a Pejuang ticket, failed to defend the seat for the second term when he won only 4,566 lots out of a total of 48,123 votes in a five-way contest.

Mukhriz failed to defend the seat of the Jerlun Parliament when he only won 3,144 votes after his defeat to the Perikatan Nasional (PN) candidate Dr Abd Ghani Ahmad.

His fellow GTA candidate, Datuk Marzuki Yahya, lost his deposit when he failed to take the Sungai Petani seat from Pakatan Harapan (PH).

She only garnered 4,589 votes in Ampang, while former Minister of Communications and Multimedia Datuk Zahidi Zainul Abidin also lost his deposit (1,939 votes).

Among the celebrities and social activists who have lost their money are film director Ahmad Idham Ahmad Nadzri, who competed in the Port Dickson Parliament representing GTA and independent candidate Abdul Rani Kulup Abdullah.

Meanwhile, the highest number of candidates who lost their deposit money in one Parliament area is the Batu Parliament.

Eight of the 10 candidates competing lost their deposit.

PH candidate Gobind Singh Deo obtained the highest number of votes of 142,875 for the Damansara Parliament seat beating two challengers who all lost their deposits.

He secured 6,644 votes in a four-way battle in which an opponent lost his deposit.