Ramanan has blamed SPR for the fiasco, accusing them of trying to help Barisan Nasional. 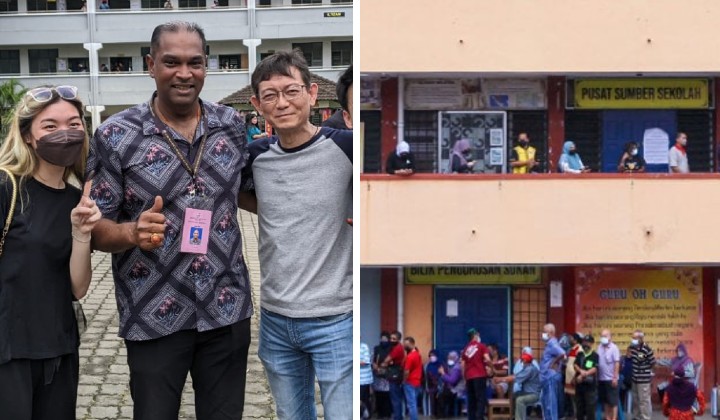 Pakatan Harapan (PH) candidate for Sungai Buloh, R. Ramanan, said many went home one after another because they couldn’t wait.

The PKR man has taken the Election Commission (SPR) to task for the long queue.

Sin Chew quoted him saying that the problem only happened in Kota Damansara’s 6th and 8th districts involving channels 4 and 6.

He claimed that the two channels in the affected districts had supported Pakatan Harapan (PH) in the 2013 and 2018 national elections.

PH candidate for Sungai Buloh R Ramanan is infuriated over voters being forced to queue for 3-4 hours pic.twitter.com/Z1ln955xxI

Touring the polling station, he said he spoke out for voters’ frustration and anger, which had a bearing on the integrity of the institutions responsible for the country’s democratic process.

He said some voters had not eaten breakfast and could not stand the hunger.

Ramanan also got agitated when SPR officials tried to explain the situation to him.

We must not allow ourselves to be mocked by a process that makes life difficult for the people, and ensure that all GE candidates are held accountable without prejudice.

Ramanan is in a seven-way fight for the constituency, a PKR stronghold.

Incumbent R. Sivarasa won the seat in the GE14 with a majority of more than 26,000 votes.