Former Prime Minister Tan Sri Muhyiddin Yassin received major outrage for claiming that only a few people had died from COVID-19 under his administration. 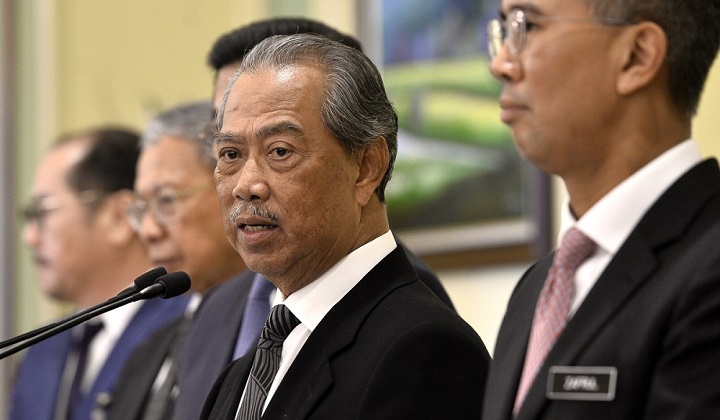 In the video that was uploaded by Astro Awani, former Prime Minister Tan Sri Muhyiddin Yassin was heard saying that Perikatan Nasional had managed the COVID-19 pandemic successfully and that “hanya beberapa bilangan sahaja yang telah pun mati…” (only a few people had died from the virus).

However, his comments received major backlash as many of them stated that the statement was insensitive and disrespectful to those who had lost a member of their family to the virus.

While many people were in disbelief, some of them took to the internet to relate the tragic story of how they had lost loved ones to COVID-19 during the PN administration.

“Out of touch, inconsiderate, and incompetent” were the phrases that were used over and over again to the Perikatan Nasional Prime Minister candidate.

Thats not “beberapa” as our ex-PM claimed.

Thats my uncle, my aunt, my grandma

You ppl took away her vote, and along with that – her life https://t.co/OzScTkP20Z pic.twitter.com/0jhidBjquS

Twitter user @mohdhelmi stated that he lost three of his family members to the virus.

The handling of the COVID-19 pandemic by Perikatan Nasional was heavily criticised. Before Muhyiddin Yassin’s resignation as the Prime Minister, #KerajaanGagal campaign originated as a Twitter hashtag that gained significant support on social media shortly after he was appointed prime minister in March 2020.

Datuk Siti Zailah Mohd Yusoff, Deputy Minister of Women, Family, and Community Development, stated that the government has identified 4,696 orphaned children as a result of COVID-19 as of September last year, according to Bernama.

Muhyiddin Yassin also stated in the video there was a ‘Perikatan Nasional contribution in everyone’ as the government had succesfully managed the ‘people’s money’ (country’s finances) to save lives, in referring to the procurement of COVID-19 vaccines.

In your body there is a contribution from the Perikatan Nasional government to manage your money so that your life is saved,