The grand old man of Malaysian politics is calling for the Chinese to back him. 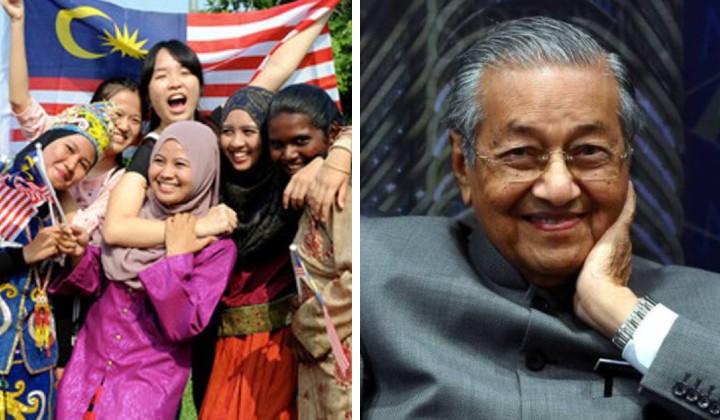 Former prime minister and chairman of Pejuang, Tun Dr Mahathir Mohamad, said
that whether they like it or not, Malaysians vote based on race.

In an interview on the Astro Awani TV program, he said that in the last general election, Malay voters voted for Pakatan Harapan (PH) for the first time because of the cooperation between Bersatu and Pakatan Harapan.

Dr Mahathir was leading Bersatu at that time as its chairman.

“Whether you like it or not, people vote according to their race. In GE14 Malays voted PH even though they didnt like DAP. But because I was a member of PH they were willing to.” @melisa_idris speaks to Tun Dr Mahathir Mohamad @chedetofficial #ConsiderThis https://t.co/6oMihRqLO5 pic.twitter.com/jmVGImSHfu

They (Malay voters) don’t like DAP, but because I am a member of Pakatan Harapan, they are willing to vote for DAP.

Dr Mahathir on why the Malays were willing to vote DAP in 2018.

Then the host asked Dr Mahathir: “Do you mean that Malay voters voted for DAP because of you?”

Dr Mahathir said he didn’t know if they were because of him, but the fact is that
before GE14, DAP won less than 20 parliamentary seats.

He said the extra 22 seats come from Malay voters.

The former Langkawi MP reiterated that a Chinese candidate would not win if they ran in Malay kampungs.

Dr Mahathir on Malaysians voting based on race.

He said political parties have to consider the voters’ voting attitude.

If you say your party is multiracial, but people don’t want a multiracial party, you won’t win, according to the elderly statesman.

In this general election, Dr Mahathir, 97, will defend his Langkawi Parliamentary seat.

When Love And Hate Collide

Dr Mahathir had been labelled a dictator, moderniser, racist and a father of the nation – not least by the Chinese.

The Chinese have rejected and supported him over the decades.

In 1969, Dr Mahathir lost in Alor Setar after saying he did not need the Chinese votes to win.

They saved him in the 1999 General Election when Malays deserted him.

The Malays were angry with Dr Mahathir for sacking and persecuting his former deputy and protege-turned-nemesis, Datuk Seri Anwar Ibrahim.

Recently, he has been canvassing support from the Chinese again.

His efforts drew criticism due to his comments and policies, which were against the Chinese over the decades.

READ MORE: Tun M Says Malays Are Poor And The Chinese Are Rich, Could Lead To Race Riots

In response, Dr Mahathir said his coalition Gerak Tanah Air (GTA), is not anti-Chinese but is against corruption.

The Chinese refer to him rather fondly as Lao Ma, or Old Horse, based on the Chinese transliteration of his name.

READ MORE: TLDR: What Dr Mahathir Really Had To Say About Chopsticks, The Chinese, The Indians & The Malays

Mahathir has insulted the Malays and now all Malay parties have rejected him… he insulted the Chinese n other none Malays too n want the Chinese to support him… we, Malaysians will send his party to the grave