The 41-year-old suspect was believed to have finished a bottle of liquor in the house before getting drunk and falling asleep on the living room floor. 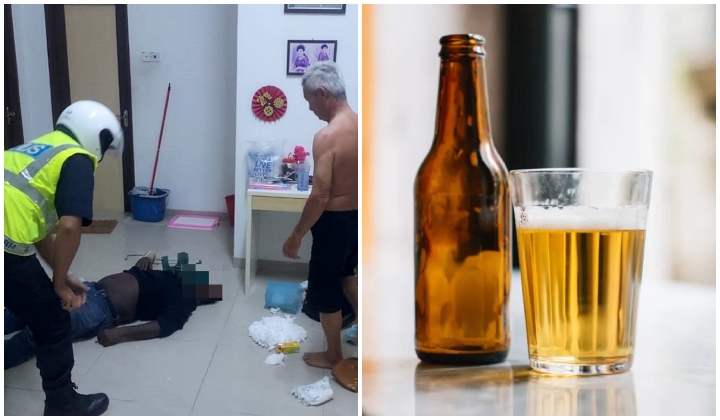 Not everyone is good at their job and this burglar is a prime example of “unsatisfactory work performance”.

What started off as a robbery in Jempol Negeri Sembilan, went sideways when the robber was found sleeping “on the job” by the homeowner.

The homeowner, a 65-year-old man who lives with his wife and four children, was shocked to find a stranger passed out in his living room on Monday (January 23) at 6.15 am. He immediately contacted the police.

According to Jempol OCPD Supt Hoo Chang Hook, the suspect was believed to have helped himself to a bottle of liquor in the house until he got drunk and finally fell asleep.

The suspect was believed to have entered the single-storey house in Taman Tanjung in Bahau through the kitchen as the back door was unlocked.

The owner of the house also said he found a paper bag containing two knives, a screwdriver, two bottles of liquor and a tablet next to the suspect. The liquor and the tablet had been stolen from the house.

According to Sin Chew Daily, the suspect’s slippers were found at the kitchen’s entrance outside the house which would mean that while he was committing a crime, he had not abandoned his values.

Policemen made several attempts to wake the 41-year-old suspect up before he was finally arrested and subsequently remanded for four days to assist in the investigation under Section 457 of the Penal Code.

The suspect has 15 prior drug-related records and six crime records.

However silly this story sounds, homeowners are advised to always lock their doors and windows at all times. It could have gotten worse.

“Don’t give criminals any opportunities,” said the owner of the house, as reported by The Star.