The dog looked sullen and refused to cooperate. 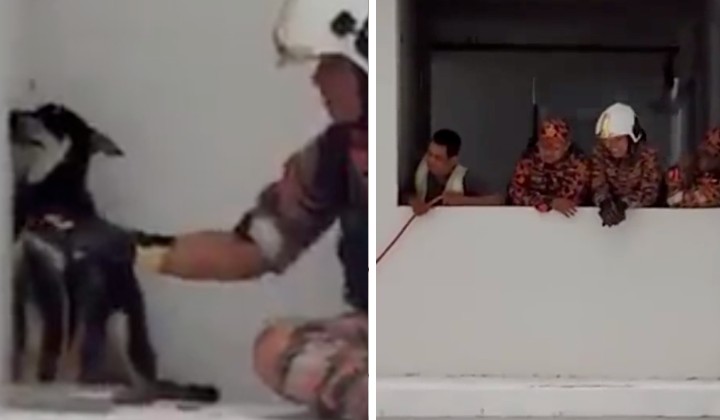 Firefighters took time to coax a ‘sulking’ dog on the balcony of a high-rise building to save it from falling.

Through a post on Facebook by the Malaysian Fire and Rescue Department (JPBM), the dog can be seen turning its face away, refusing to be rescued by the firemen in question.

It is not easy to persuade the dog. The fireman needs to give a sweet talk

JPBM on the extra effort taken by its personnel to save the dog.

In the comment section, netizens were amused by the dog’s behaviour and described it as unusual.

They also thanked the firemen who are always there for the public, even if it is a small matter.

Is It Normal For A Dog To Throw A Tantrum?

Usually, tantrums happen when you’re making a puppy do something it doesn’t like.

Something as benign as holding the dog still or handling its body might upset the dog.

This dog throws a temper tantrum every time he has to leave the park 😂 pic.twitter.com/RyMi64vL1v

Some dogs are nervous and insecure when left alone.

This problem is pervasive during the first few weeks in a new home.