The new Proton Saga Hot Wheels model is expected to be available worldwide by the end of next year. 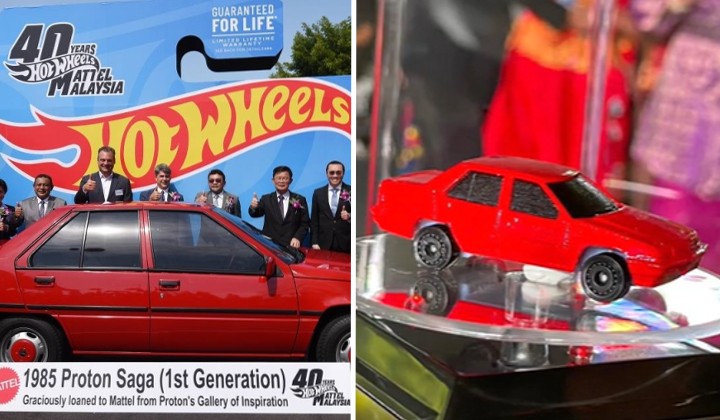 We can finally see our first national car, the 1985 Proton Saga immortalised in the form of a miniature car.

Mattel, the manufacturer of Hot Wheels announced a partnership with Malaysian carmaker Proton to produce a miniature model (1:64 scale) of our legendary national car, earlier today at the Mattel Malaysia Plant in Perai, Penang.

The plant, which is the largest Hot Wheels factory in the world, will be producing about half a billion new Hot Wheels cars every year from early 2023, as reported by FMT.

This is an exciting partnership as we join to develop a Hot Wheels car, modelled after the original Proton Saga, the first model manufactured by Proton, which will now become a part of Hot Wheels’ singles collection.

The new Hot Wheels Proton Saga model is expected to hit the market, worldwide, by the end of next year.