Not only did DJ SP3CK use the most popular profanity in the Malay language, but he also called her ‘Makcik’. 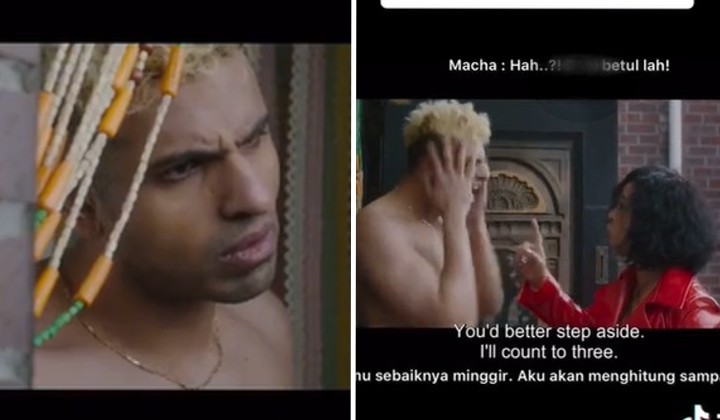 The Malay language is so beautiful. It was even the lingua franca in our region once upon a time. You can’t deny how majestic our language is, right?

It’s a Korean film, but make it Malaysian

Surprisingly, there’s a scene where the Malay language is used. It has some classic Malaysian profanity in it but still, our language is famous!

In the clip, a woman is seen pounding persistently on a stranger’s door early in the morning. Then a Malaysian-looking man shows up, opening the door with a confused and sleepy face.

The woman then proceeds to yell at the man confidently as if he was doing something wrong. As she wanted to barge into his house, the man suddenly spoke Malay.

“Mak Cik! Mak Cik Mak Cik! Why are you suddenly making a fuss in the morning, hah?”

Not understanding a word he said, the woman continued to attack him verbally which made him curse in Malay, “Hah?! B*** betul lah!”.

After she heard her daughter calling her at the stairs, she then realises that she was yelling at this particular man for no reason as she was at the wrong house.

Following the very random use of Bahasa Malaysia in the South Korean movie, Malaysian netizens find it amusing and funny.

Malaysian-born extra but staying in Korea

The man in the movie was actually DJ SP3CK, a Malaysian-born artist that’s working and staying in South Korea. He’s also a producer, songwriter and one-half of the DJ duo SAM&SP3CK.

Previously, SAM&SP3CK used to regularly control the consoles at Seungri’s nightclubs called ‘Monkey Museum’ and ‘Burning Sun’ before they were closed in 2019.

Some of the notable Korean artists that they’ve worked with were CHEETAH, Ravi from VIXX, T-ARA, Vasco and EXID.

Check out the full video here.

READ MORE: ‘Superstar Politicians’ – Here Are Some Of Their Cameos & Features