Addressing the Israeli and various other countries’ agent slander made against him, Anwar Ibrahim joked that he was more than Agent 007. 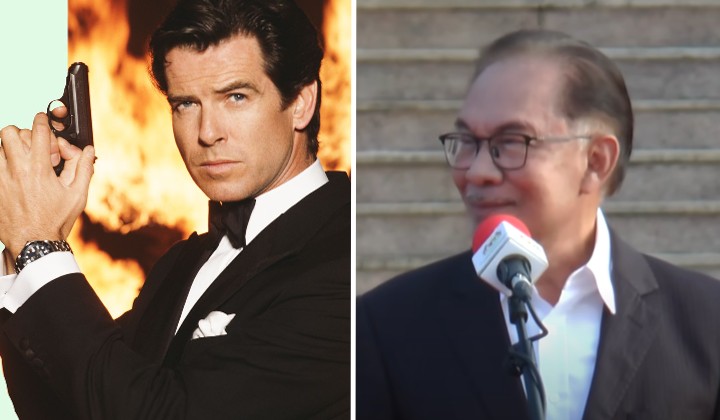 In the monthly gathering, Datuk Seri Anwar Ibrahim addressed the claims of him being an Israeli agent with a sarcastic joke.

He said that he didn’t mind the slander made against him, especially being an agent of Israel, because all he cares is focusing on the task at hand and the welfare of the people, rather than entertaining ridiculous claims.

As for the agent part, I’m known to be an agent of many countries. The United Staes, Israel, India, and now Turkey, it seems like I’ve surpassed 007 in many aspects.

He then urged everyone from the department to focus on the job at hand, instead of slanders. He also encouraged the civil servants to bring positive change to the country together in his speech.

Here’s a TikTok video made by Getikchannel on Anwar Ibrahim’s subtle joke.

A police complaint has been made

Since his appointment as the Prime Minister of Malaysia earlier last week, Anwar Ibrahim has been facing allegations of him being an Israeli agent.

According to MalayMail, Syazreen Ezam Saidi – the chief of Putrajaya’s PKR Youth wing, said that the allegations made it seem as if Anwar was made PM with help from Israel instead of with the consent of the Yang di-Pertuan Agong and the Malay Rulers.

He then filed a report at the Putrajaya district police headquarters earlier this afternoon, to avoid people from slandering the Prime Minister with such claims. He further mentioned that these types of claims can threaten the unity of our country made up of multiple races.

So what do you think? Even if he was a 007 agent, is he more of a Pierce Brosnan kinda guy or Daniel Craig kinda guy?