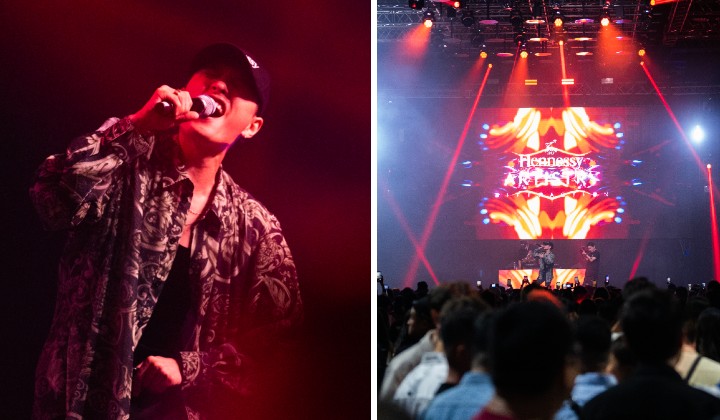 The Hennessy Artistry event has returned to Malaysia to redefine the nation’s young and social nightlife scene.

On Saturday (26 November), Hennessy fans and partygoers were treated to a mesmerising high-octane light display combined at Hennessy Artistry ‘Diffraction’.

Held at KLCC Convention Centre, the event was attended by almost 3,000 people.

The audience was also treated to an unforgettable performance from the Ban Huat set up featuring Malaysian Chinese rapper Dato Maw, Yung Kai, S.A.C. and DJ Hazel, who is well known for Hip Hop and Trap music.

Throughout the evening, participants immersed themselves in an ultimate 360°night experience.

From high-energy performances to an interactive light show, it was a night of enjoyment redefined through music and lights.

With the legendary, expressive and challenging cognac – Hennessy V.S.O.P (Very Superior Old Pale), the evening was fun and an adventure of epic proportions.

Why Is Hennessy So Special?

Hennessy Cognac is a type of brandy.

As a liquor made from fermented fruit juice, “brandy” is a spirit distilled from various fruits, including grapes.

To be classified as cognac, however, the grapes used must originate from the Cognac area in western France.

Most Hennessy Cognac (including the core expressions) is bottled at 40 per cent alcohol by volume (ABV, 40 proof).

Hennessy’s popularity is due to its unique flavour profile, crafted over centuries.

The brand has also been successful in marketing and promoting its cognac worldwide.