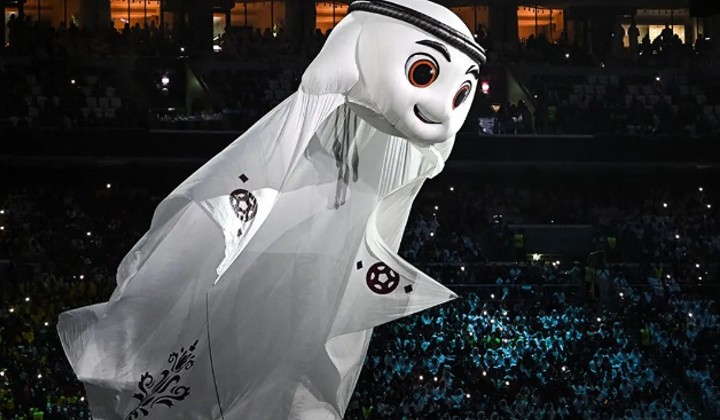 The 2022 FIFA World Cup has begun, with 32 teams competing in Qatar for the coveted trophy.

The opening ceremony was a unique event held at Al Bayt Stadium, which was one of the stadiums constructed exclusively for the World Cup, capable of accommodating 60,000 people.

According to TIME, the opening ceremony started off with Morgan Freeman making a special appearance and South Korean pop singer Jung-kok from the K-POP sensation BTS.

However, this year’s mascot gained the most attention

La’eeb, the official mascot of the Qatar 2022 World Cup, is also a popular topic of conversation.

Many people were confused and said that this year’s mascot is the funniest-looking one.

It is not a ghost, but rather a “fantasy figure.”

La’eeb is an Arabic term that means “super-talented player.” He belongs to an indescribable parallel mascot-verse.

La’eeb supposedly originated from a parallel universe that is home to all of the World Cup mascots, according to both the World Cup host and FIFA. “It’s a world where ideas and creativity form the basis for characters who live in everyone’s mind,” the FIFA website says.

Kick Off Your World Cup Journey With Adidas & Al-Ikhsan Sports