This half of the White Stripes is set to perform as part of his Supply Chain Issues Tour tonight at Zepp KL. 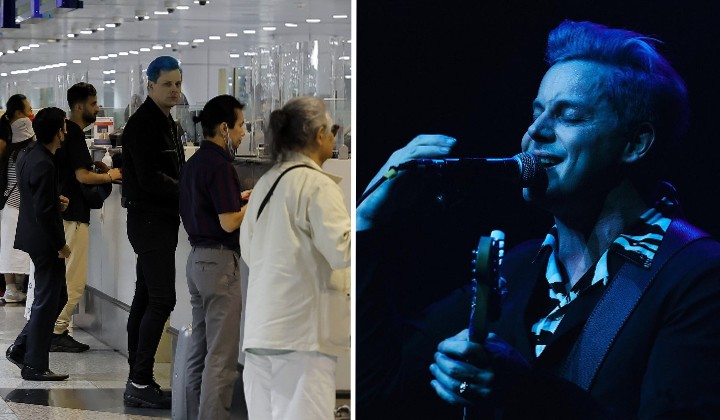 Keen-eyed Malaysians were tickled when they spotted American musician Jack White in a random picture posted by Bernama on immigration matters.

Bernama shared the picture in a post regarding foreigners on a long-term pass entering Malaysia who are now allowed to use the Immigration’s autogate system for entry starting today.

White is scheduled to perform at Zepp KL tonight, starting at 8.30 pm as part of his Supply Chain Issues Tour. Tickets were being sold at RM228 for free-standing ones.

White is most famous for being half of the White Stripes duo whose biggest hit is the song Seven Nation Army. It’s this song, btw.

On the random posts, fans of Jack White were bewildered and couldn’t believe their eyes as he was seen unintentionally photobombing the national news organization.

After some pointed out who he is, Bernama casually noted this down and made a pun out of his song, Steady As She Goes, too.

Did they or did they not know? We’ll never know

They claimed that they knew who he is, but fans are still suspicious. Really guys?

Alright, folks. If you're wondering if we knew, we knew. We didn't just drop this picture out of the blue. (yes, a pun!)

I guess it's possible we went there on the right day and time, waited at that exact spot until we saw a random blue-haired guy and took his picture using the rule of thirds so that we'd have a nicely-composed picture to use for our social media posting. 😂

You guys are funny, Bernama!

Anyhow, welcome to Malaysia Jack White! All the best for your show tonight! 🤘🏼