Jalan Masih Panjang or Far From The End is going to feature Farid Kamil as Anwar Ibrahim and Acha Septriasa as Dr Wan Azizah. 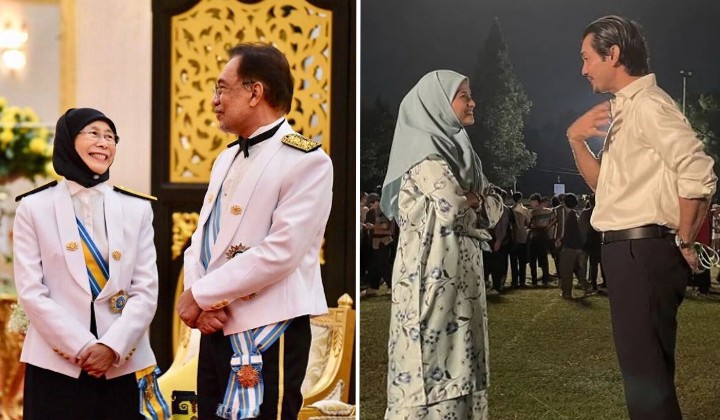 Malaysia has gone through a lot of drama as a nation. We also have a lot of movies made out of some of those moments in history.

But among all the drama, one particular Malaysian life caught the attention of a production team in Indonesia.

According to Twitter user @madmarquez, a biopic about one of our political candidates for this GE15 is coming to life. It’s none other than the guy who went to prison and back out alive, Anwar Ibrahim. That’s quite a pivotal moment in Malaysia’s history, and frankly speaking, does feel like the plot of a movie!

The title of the upcoming Indonesian film is Jalan Masih Panjang or Far From The End. It’s being produced by Bianglala Entertainment in Indonesia and also has some Malaysian crew in it too. It’s currently being directed by Viva Westi.

The best thing about this upcoming movie is the cast lineups! We got Farid Kamil as Anwar Ibrahim and Acha Septriasa as Dr Wan Azizah.

But so far, here are some of the behind-the-scenes sneak-peeks from the production shown on our actors’ social media. They didn’t reveal much, but we got a picture of Farid Kamil and Acha Septriasa in their Anwar Ibrahim and Dr Wan Azizah characters.

A while back, Acha Septriasa posted this image on her Instagram. People were curious about what it was for, and well, now we know!

We’re so excited to see the movie. Hopefully, we’ll get the date for this film’s premiere and get to see it in the cinemas without it being delayed.

READ MORE: Tun Dr Siti Hasmah is getting her own biopic about her love story with Dr M