Malaysian politicians are using Tiktok to reach younger audiences to encourage them to vote in the 15th general election. 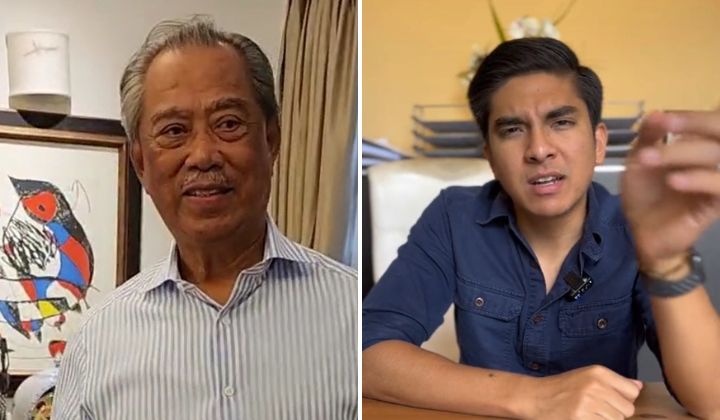 Tiktok has become the social media platform of choice for youths and it’s not a surprise to see politicians joining the game in the lead-up to the 15th general election (GE15).

Here is a compilation of the Tiktok videos posted by our Malaysian politicians in an attempt to garner interest in the elections or to educate the public about their rights as voters.

In the clip, the 75-year-old former prime minister could be seen swiping away Barisan Nasional (BN) and Pakatan Harapan (PH) logos in a lighthearted manner.

He then pointed to the PN logo with the party’s manifesto theme “Prihatin, Bersih, Stabil” (Caring, Clean, Stable).

After getting over their surprise, some netizens applauded Muhyiddin for staying groovy and appreciated that he made an entertaining video.

Muda president Syed Saddiq is a veteran of sorts on TikTok. He has made many videos on the platform to reach out to the younger crowd.

After the Sheraton Move, a lot of Malaysians are disheartened with the political climate in the country and some said they gave up voting because they don’t see how it could change for the better.

In a bid to galvanise the public to continue voting in GE15, especially the youths, Syed Saddiq made a video to highlight how the voice of the rakyat managed to turn the tides in the rakyat’s favour.

The ‘Menteri Makanan’ on Tiktok, Ceddy, got a special mention in the video too!

However, what tickled netizens was seeing pictures of Zafrul on Facebook doing unexpected things such as hauling an oil palm fruit at a plantation and changing motorcycle oil.

Netizens wondered what he’ll do next.

PH’s candidate for Batu, Prabakaran Parameswaran, doesn’t have his own Tiktok account but he has been featured in the party’s Tiktok account instead.

In the latest video, Prabakaran revealed that rival parties have tried to bribe him to join their coalitions.

They promised him a lot of money, projects, and attractive roles in GLC companies to jump parties.

However, Prabakaran said he turned them all down because he didn’t want to betray the rakyat.

READ MORE: The 10 Candidates Contesting For The Hot Seat In Batu

Siti Kasim, known to be a vocal lawyer and activist, is one of the independent candidates contesting for the Batu parliamentary seat.

When irresponsible parties started tearing down her flags, she didn’t let the matter slide and voiced out her frustrations on Tiktok.

She said the public must act in a mature way and shouldn’t simply tear down her flags if they disagreed with her.

She explained that the flags were paid by the rakyat who supported her and it didn’t come from her pocket so the act of tearing down the flags is disrespectful to others.

Meanwhile, she’s also criticised for potentially endangering herself, her supporters and other road users by driving down the road with her flag hanging out from vehicles in a convoy.

Her latest video is a compilation of complaints from the residents in Batu. She promised to champion the needs of the people and to ‘reset’ Batu if she wins the seat.

She even uploaded a video showing a glimpse of her multilingual skills. In the video, she claimed she has Chinese blood from her mother and introduced herself as the Batu candidate in Mandarin.