Participants reconnected with nature through glamping, music, food and adventures. 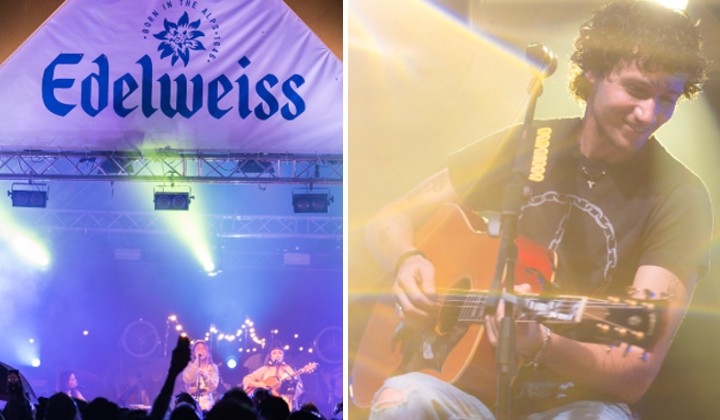 Some 3,000 nature lovers spent their weekend unwinding at the Chalet Edelweiss Unwind, accompanied by the best tunes.

The 3-day event was held at Resorts World Awana in Genting Highlands.

Headlining the event was American singer, songwriter and producer Jeremy Zucker, known for his global hits such as “Comethru” and “You Were Good To Me”.

Karencici (“Do Do Do”, “Kiss Me”), a Chinese-American singer and songwriter, made an appearance with her R&B selections.

Went from busking on the streets to winning hearts around the world, Dermot Kennedy (“Something to Someone”, “Power”) connected his audiences with his immaculate vocals and compelling lyrics.

The event also features local artists, including Jumero (“Dancing with the Stars”, “GrowingCold”) and all-female quartetCrinkle Cut(“Promises”, “Slow Dance”), who both have owned the stages of local and international music festivals.

Starting as a friend group, TY:DEL (“Apocalypse”, “Breathin”) is a neighbourhood genre-fluid band capturing the hearts of youth.

A playlist of chill tracks hyped up the night by sunset DJs such as Daaliah, Vanns Ngo and Xulapsap.

Aside from immersing themselves in the diverse music, day pass holders and campers enjoyed a series of stimulating games such as“Giant Connect 4”, “Giant Wall Ball Maze”, “Crossnet” and “Cornhole”.

The Essence Of The Alps

The Alps Bar served Edelweiss wheat beer, inviting fans to experience the alps through its subtle fruitiness and refreshing taste.

Fans of the brew who held a Camper Pass spent the night under the sky of Genting Highlands.

Campers also had the chance to participate in sustainability trail walks and morning yoga sessions as they appreciated mother nature.

Nature lovers who went for a trail walk explored the lush beauty of the Montane Timber Forest of the Awana BIO Park and stood next to some of the forest’s giants while enjoying the picturesque views of the Awana Golf Course.

One Of The World’s First Wheat Beers

Born in the heights of the Austrian Alps in Europe, Edelweiss’ traditional heritage can be traced back to 1646.

The German word ‘Edelweiss’ or ‘Edelweiß’ is a combination of ‘edel’ which means noble, and ‘weiß’, which means white.

Edelweiss is bottled by Brau Union using a recipe that has remained unchanged since then.

As a modern wheat beer, Edelweiss is not as sweet or heavy as other wheat beers.

It is also well-balanced, with a fresh, clean taste and a hint of citrus.

Why wheat beers are better?

In addition to flavour, wheat has a high protein content, giving the beer a richer body, more stable foam, and – often – a hazy appearance.

A lot of beer is brewed with wheat, one of the most common ingredients in brewing.

There are several proven wheat beer benefits, from reducing the risk of broken bones to avoiding osteoporosis, diabetes, and even dementia.

Wheat beer provides many useful vitamins, chemicals and other additives that can enhance the way the body works and help avoid such diseases.