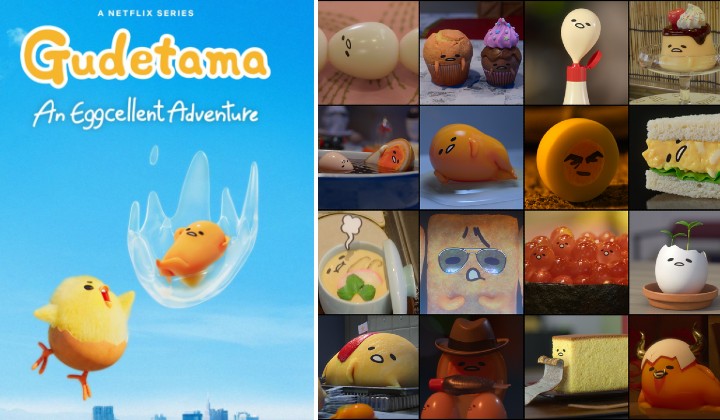 Even if you’re not familiar with the name Gudetama, you will have definitely seen the lazy cartoon egg character around.

Gudetama is a Japanese cartoon of an anthropomorphized egg yolk who is best known for being lazy, depressed, and unmotivated. Gudetama is often seen moping around with a droopy sad face, making them extremely relatable!

Now, they are the – unwilling – stars of their own show, Gudetama: An Eggcellent Adventure, which sees them go on an adventure around the world with the go-getting, overbearing chick Shakipiyo to find their mother.

Along the way, they meet many different eggs and learn how each are cooked. Hard-boiled eggs, Japanese tamago, pudding, chawanmushi, and more all make an appearance.

Even more impressively, all 24 egg characters will be voiced by voice actor Shunsuke Takeuchi!

The series will be short and sweet, with 10 episodes each lasting about 10 minutes long. Perfect for a little pick-me-up while you’re on a lunch break or waiting around for things!

Gudetama: An Eggcellent Adventure will premiere on Netflix on 13 December.