The animated series tells the story of two Jedis – Count Dooku and Ahsoka Tano – and the paths they chose for themselves. 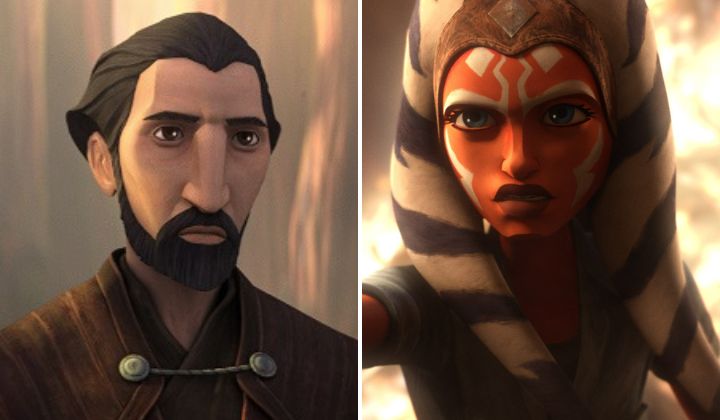 Star Wars: Tales of the Jedi is a six-episode animated short highlighting the important moments in the lives of two distinctly different Jedi – Ahsoka Tano and Count Dooku.

The six titles in the show are:

Life and Death: A child goes through a rite of passage with unexpected results.

Justice: Two Jedi are dispatched to resolve a hostage situation on a distant planet.

2 Choices: Jedi Knights investigate the mysterious death of one of their own.

The Sith Lord: A Jedi master makes a troubling discovery.

Practice Makes Perfect: A Jedi Padawan is given a seemingly impossible exercise.

Resolve: A former Jedi is faced with the truth that they cannot be something they are not.

The series is set during the prequel era so the audience will see Ahsoka Tano and Count Dooku in their younger days.

It was interesting to see the contrast between both characters and the circumstances that led them to choose distinctly separate paths toward heroism and villainy.

The show manages to flesh out Count Dooku’s motivations and shows how good people can become villains themselves in an attempt to change the world for the better.

After all, the Star Wars stories have always mirrored our real-life issues, such as the machinery in political circles, the rebellion, and how it affects everyone.

There’s a particular episode that I’m not sure how it’ll sit with Star Wars fans. The good thing about it is it reveals what happened to Yaddle but whether it’s consistent within the lore is another matter.

The episodes run about 13 to 17 minutes long so it’s a good show if you need to watch something quick.

As a casual Star Wars viewer, I had no issues following the story and recognising the important (or iconic) characters such as Qui-Gon Jin, Count Dooku, Yaddle, Palpatine, and Ahsoka Tano. If all else fails, a simple Google search always helps.

However, the time jumps in between episodes can be a bit jarring but Star Wars fans should have no problem keeping the story straight in their minds.

Give Star Wars: Tales of the Jedi a watch on Disney Plus Hotstar, and let us know what you think of that particular episode.