Following the surge of flight ticket prices and a public outcry, some airlines offer up to 20% discounts for this 15th General Election. 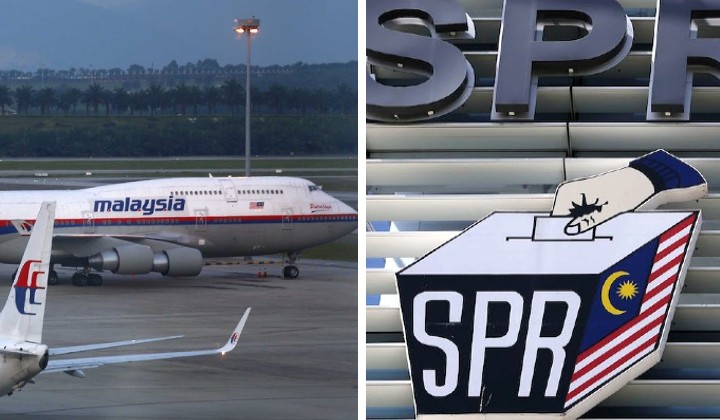 Following the announcement of Polling Day on 19 November for GE15 yesterday, domestic flight tickets are seen to double the amount.

Netizens complained of ridiculous prices for flight tickets back to their hometown for Malaysia’s 15th General Election.

As many flight businesses tend to do, the festive season and important dates are usually when they charge their highest-fare rides, it’s the nature of the business, as they say.

However, as this General Election is indeed for our nation itself, the public thinks that discounts and ceiling prices should be set on airway tickets to lighten the load of them going back to their hometown to vote.

WOI @airasia WHY was an error (code 999) when paying for election flight tickets then the price was then DOUBLED???

From RM360 to RM 730 from Johor to Kuching. tak masuk akal betul pic.twitter.com/hcUyu3AMSA

According to Bernama, Transport Minister Datuk Seri Wee Ka Siong said that the Malaysian Aviation Commission (Mavcom) will regulate the prices of flight tickets if airlines were found to have raised their prices against set conditions during the GE15 season.

He added airline ticket prices would normally increase according to the Dynamic Price mechanism if there was an event involving a large number of passenger movements.

“Based on the dynamic pricing mechanism for any airline in the world, the earlier it (the ticket) is booked, the cheaper it is and the closer to a date or event, the price will be higher,” he said yesterday at the launch of the Taxi4U application at the Land Public Transport Agency’s (APAD) central region office.

Following the republic outcry, a few airlines are offering discounts and deals to ease the burden of voters back to their hometowns.

According to The Edge Markets, Malaysia Airlines will be offering 20% discounted fares to aid voter movement for the 15th General Election (GE15).

The airline stated in a statement that passengers can book tickets from Thursday (Oct 20) to Nov 19 for travel between Nov 11 and 27.

Malaysia Airlines will add 26 additional flights and operate 16 domestic flights with wide-body A330 aircraft to meet the rising demand on several routes in Peninsular Malaysia, Sabah and Sarawak.

Besides that, Firefly Airlines will offer up to 70 additional flights from Subang and Penang to selected domestic routes from Nov 17 to 20, with 24% and 10% discounted fares for jet and ATR-operated flights respectively.

The promotion is available for booking from Thursday until Oct 24, for travel from Nov 1 to June 30 next year.

“We are prepared to meet the increase in travel while offering smooth and reliable connectivity and ensuring our customers’ highest level of safety and security throughout their journey with us. Customers are encouraged to take advantage of the promotions and book their flights early, for the best deals on Malaysia Airlines, Firefly or MASwings” said Captain Izham Ismail, Malaysia Aviation Group Chief Executive Officer.

In the case of the public looking out for themselves, a few netizens shared their tips to deal with the increasing prices of flights during General Elections.

One user suggests waiting for a week before the polling day to purchase tickets as the prices might go down.

Another user, @azuanzahdi also gave his two cents about the price surge and offered tips to search for affordable flight tickets in a video.

Nak comment lebih2 nanti cakap Saya cuba jadi macam a guy yang want to be involved with everything 😃 but aviation is close to me and I have to share my 2 sen worth.