Malaysia’s badminton icon will also be the country’s first athlete with a wax figure in Madame Tussauds. 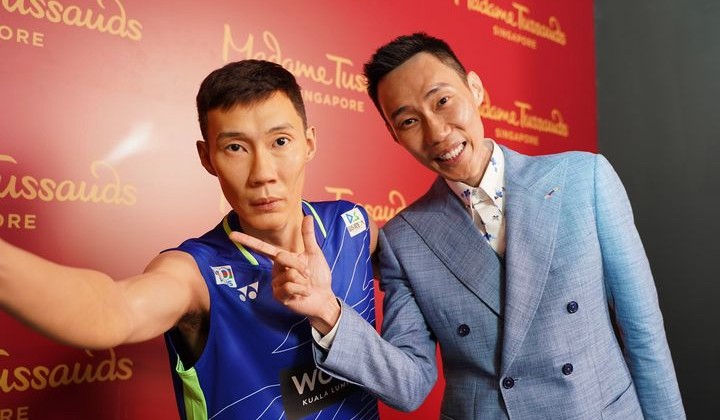 Our badminton legend Datuk Lee Chong Wei is the latest addition to Madame Tussauds’ iconic wax museums! The wax figure of former world #1 badminton champion was finally unveiled in Singapore in all its glory.

Lee Chong Wei is Malaysia’s first-ever athlete to grace the halls of any Madame Tussauds. Plus, he will be sharing the spotlight with other legendary athletes such as Cristiano Ronaldo and David Beckham.

Lee earned his place to shine in the hall of fame with a record 349 weeks as the top badminton player globally, with 199 weeks at the top spot consecutively. He has 69 super series titles under his belt, too!

In November 2019, Lee had to sit for 6 hours as the Madame Tussauds team meticulously took over 200 measurements for picture-perfect likeness. The wax figure will also be wearing Lee’s official jersey from his final Olympics performance in Rio 2016!

I’m so excited to finally be able to reveal my wax figure to fans from all around the world. A lot of time and effort has been put in by the team at Madame Tussauds. They have been so meticulous at their job recreating me and I am so grateful for this opportunity.

Sports legends are extraordinary, larger-than-life individuals who have the unique ability to capture the hearts of fans and inspire the younger generation from around the world. We are proud to be chosen as the first Madame Tussauds to display Lee, one of this region’s best ever, right here in Singapore, where he will stand among giants in our very own Sports ‘Hall of Fame’.

Keen Malaysians who want a chance to take endless photos with Lee Chong Wei’s wax likeness should do so soon, however, as its place in Madame Tussauds Singapore is only temporary.

The wax figure will be jetting off to Madame Tussauds Hong Kong in the first quarter of 2023 for permanent display, thanks to their official airline partner Malaysia Airlines and Firefly.