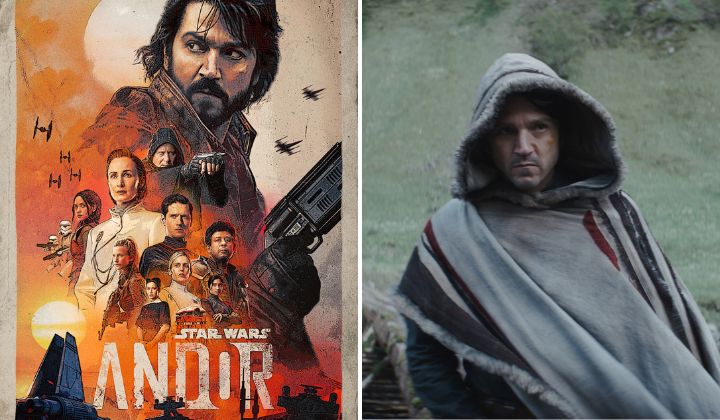 The next Star Wars series Andor delves into the rebel named Cassian Andor who the audience first saw in Rogue One: A Star Wars Story.

In the film, he’s portrayed as an accomplished Alliance Intelligence officer with combat field experience who helps the Rebel troops in their mission.

In the series, Diego Luna reprises his role as Cassian Andor in the early years of the Rebellion who goes on a long journey to become the warrior-spy we saw in Rogue One.

The heart of the story is the story of a revolution and about the everyday people having to make hard decisions in extreme moments in Star Wars history.

Right at the start, we get to see a younger and slightly inexperienced Andor finding himself in between a rock and hard place by his own doing.

He makes mistakes due to his rash behaviour and reluctantly gets recruited to join a small rebel force.

The early years of the rebellion will remind many of the espionage film genres. In a way, it brings back the thrillingly glamorous yet dangerous vibe of seeing ordinary people and possible double agents in action.

Eagle-eyed fans will be able to spot familiar characters such as Senator Mon Mothma (played by Genevieve O’Reilly) and Saw Gerrera (Forest Whitaker), a veteran of the Clone Wars and leader of the Partisans, appearing in the show too.

They will also be introduced to new and equally intriguing characters from both sides of the conflict such as the enigmatic Luthen Rael (Stellan Skarsgard), Maarva (Fiona Shaw), Bix Caleen (Adria Arjona), Dedra Meero (Denise Gough) and Syril (Kyle Soller).

Although we already know Andor’s fate, it’s still interesting to see how the young Andor navigate the complexity of living in a conflicted world.

It’ll be intriguing to watch Andor outwit and outlast the enemies. After all, he’s part of the group that kickstarted the whole saga.

There will be 12 episodes in the first season and the first three episodes of Andor have debuted on Disney Plus Hotstar today.