The customer said the departure trip cost RM17 For A Nissan Teana. 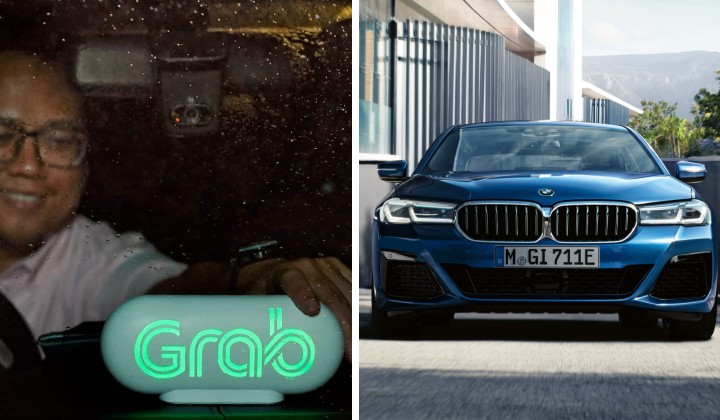 A GrabCar was surprised when he ordered an e-hailing ride using JustGrab, as a BMW 5 Series came to pick him up, and the fare was only RM5.40.

JustGrab is a fixed-fare on-demand service that comprises taxis and cars across Malaysia.

This means that a passenger who books a JustGrab will be assigned the nearest vehicle, regardless of whether it is a taxi or a car.

In contrast, he had ordered a ride using GrabCar Premium for the first leg of the same journey.

A Nissan Teana sedan came, and the fare was RM17.

The experience was shared on Twitter by the Malay news portal Oh! Media, setting off discussions among netizens.

Some thought it was intriguing, and many are puzzled as to why a Nissan Teana could be regarded as a luxury car but not a BMW.

According to the tweet, the BMW driver revealed that his sedan was more than four years old, so it did not meet Grab‘s luxury car regulations.

Many netizens expressed their confusion, thinking that if Nissan sedans can be listed as luxury cars, a BMW should not be “downgraded” to ordinary e-hailing vehicles.

The BMW 5 Series is a large executive saloon aimed squarely at the Mercedes E-Class, Audi A6, Jaguar XF and Lexus ES.

In contrast, the Nissan Teana price in Malaysia is much more affordable, with prices from RM119,852 and going up to RM142,993 (excluding SST).

Some netizens said that the experience of riding a BMW 5 series sedan for only RM5.40 is worth it.

It is understood that according to Grab’s e-hailing terms, Grab Premium can only be applied to specific car models.

The car must be under five years old to be considered a luxury car.