Audience can expect shows ranging from a host of murder mysteries to enchanting worlds in the next few weeks. 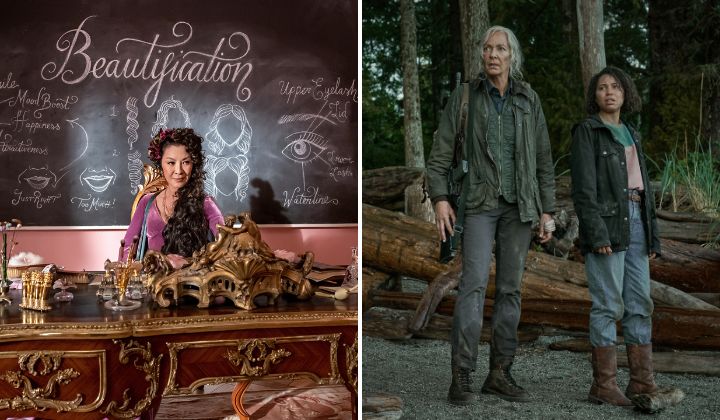 Have you finished watching all of the current and new shows on your watchlist?

Here’s a list of upcoming shows and films in the coming weeks and months to sate your binge-watching needs.

The world watched and waited for good news when a group of boys got stuck inside a Thai cave in June and July 2018. 12 members of the Wild Boars youth football team and their assistant coach were stuck in the flooded Tham Luang cave system. The whole ordeal is now relived in this limited series on Netflix.

Season 4 of Karma’s World features more new songs and adventures in Hansberry Heights. Watch Karma rhyme her way through bigger challenges and show up for her family, friends and community in this musical series.

In this action thriller film, a mysterious loner Lou puts her past behind her and lives a quiet life with her dog. When her neighbour’s little girl got kidnapped during a storm, it’s up to Lou to use her skills to track down the missing girl while battling elements from her dark past.

What if you suddenly become rich overnight? This was the choice presented to Lee Seungcheon, a poor chap, when he was offered to purchase a golden spoon for a life full of riches and wealth. As always, every ‘magical’ deal often comes with a lot more baggage than they bargained for.

The Korean series stars Yook Sungjae as Lee Seungcheon, a poor boy; Lee Jongwon as Hwang Taeyong, the son of a wealthy head of a conglomerate; Jung Chaeyeon as Na Juhee, a woman from a rich family who dreams of a normal life; and Yeonwoo as Oh Yeojin, a girl with unparalleled ambitions.

The Elric brothers’ long and winding journey comes to a close in this epic finale of the trilogy. Having harnessed the powers of Alchemy, they must now deal with the drawbacks from using the ancient rituals while facing an unworldly, nationwide threat.

6. The School for Good and Evil

Based on the epic bestselling series by Soman Chainani, two best friends Sophie (Sophia Anne Caruso) and Agatha (Sofia Wylie) find themselves on opposing sides of a battle when they’re swept away to an enchanted school. The school trains aspiring heroes and villains to protect the balance between Good and Evil.

After a long and successful career in the police force, detective Taekrok (Lee Seongmin) is preparing to retire when his partner gets into trouble.

He suddenly passes out during the rescue mission, only to wake up and discover that he has been framed for a murder. While going on the run, he’s contacted by the real murderer “Friend” and is blackmailed into reinvestigating his old cases.

Pink Lie is a new dating show hosted by Super Junior’s Kim Heechul, Lee Sunbin, Song Wonseok and Youtube influencer Ralral. The series shows a group of contestants, each armed with one lie about themselves, who come together in an attempt to find their love.

Ok Chanmi, a shooting athlete, transfers to her twin brother’s school to uncover the mysterious circumstances of his death. The police and the school seemed to have covered up his death.

At the school, Chanmi partners with another student Ji Suheon to exact revenge by proxy on those who bully others.

The series stars Shin Yeeun as Ok Chanmi; Lomon as Ji Suheon, a student committed to taking revenge on other people’s bullies; Seo Jihoon as Seok Jaebeom, someone who is able to trace events through lost memories; Chae Sangwoo as Ji Oseong, Lee Soomin as the secret-hiding Guk Jihyeon, and Chung Subin as Tae Soyeon.

10. Glass Onion: A Knives Out Mystery

Daniel Craig returns as Detective Benoit Blanc in Rian Johnson’s Knives Out murder mystery. Blanc travels to Greece on invitation from tech billionaire Miles Bron for a getaway with his friends on his private Greek island.

When someone turns up dead, Blanc is put on the case to peel back the layers of a mystery involving a new cast of colourful suspects.