The group from a local kindergarten was on a school trip when their slithery ‘classmate’ made its presence known. 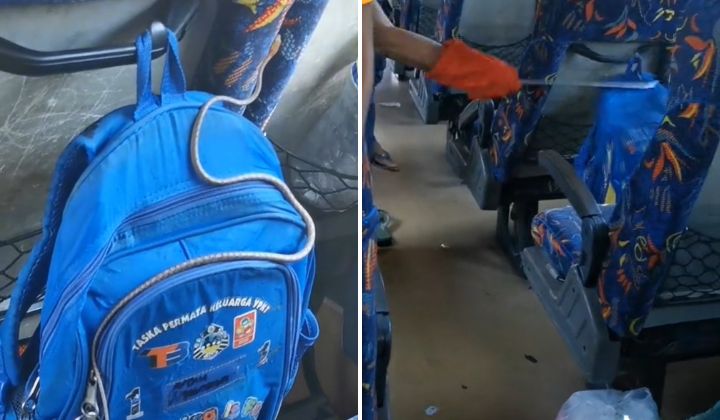 A TikTok video posted by Azulia Ibrahim went viral after a group of kindergarten children and teachers panicked after realising they had a new addition on their school trip.

In the video, a small and thin snake could be seen draping itself on a child’s school bag that was hung behind a chair seat.

An adult could then be seen trying to get the snake out of the vehicle with a stick but it caused more screams from the remaining group on the bus.

According to Kosmo, it’s believed that the snake fell from the luggage compartment above the seats on the bus and slithered onto the school bag.

The bus driver immediately stopped the bus by the roadside and sought help from the people in the neighbourhood nearby.

The group seated near the front of the bus were evacuated while Azulia’s group who were sitting at the back of the bus had to remain seated and silent.

Fortunately, the helpful samaritan managed to safely remove the snake from the bus after about 15 minutes of terror.

After this experience, Azulia advised bus operators to inspect their vehicles thoroughly before carrying passengers.

A lot of netizens failed to spot the snake at first due to the snake’s small size. Some even thought it was a bag strap, a charging cable or it was part of the bag’s design.