She said she has about 20 puncture wounds on her thigh but laughed it off. 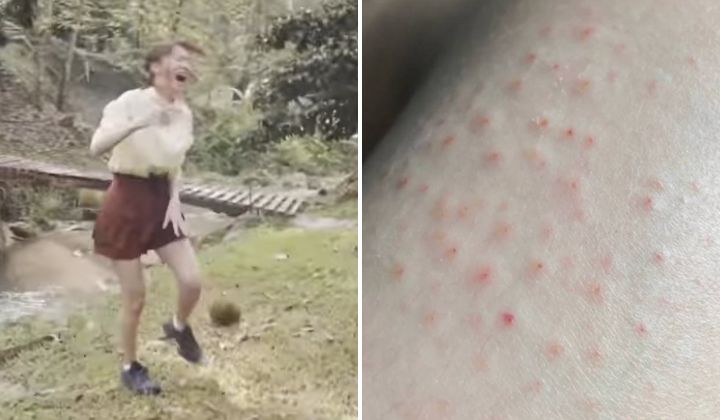 Hong Kong actress Priscilla Wong was injured after getting hit by a durian while filming a travel show with local actress Debbie Goh in Malaysia.

Wong uploaded behind-the-scenes footage on Instagram on 1 September, showing how the injury came about.

In the video, 40-year-old Wong could be seen standing in a forested area beside a stream in the durian plantation while filming the programme called Travel with Priscilla Wong.

A durian later hurtled towards her, hit her left thigh, and punctured the skin, but she laughed it off. According to Wong, there are about 20 puncture wounds caused by the durian thorns.

Later in the video, Wong was filmed rubbing a salve on her leg.

Many firsts in Malaysia – I still miss it! Want to see those wounds on my leg? This is the ‘gift’ that a durian has given me. I both love and hate durians.

In the video, she also tagged her colleague Debbie Goh,43, with the caption, “Who was it who threw the durian like that!”

Although names were not named publicly, the caption made many believe that Debbie Goh was the culprit who threw the durian at her off-screen.

Despite the incident, it seemed like there are no bad blood between the two women.