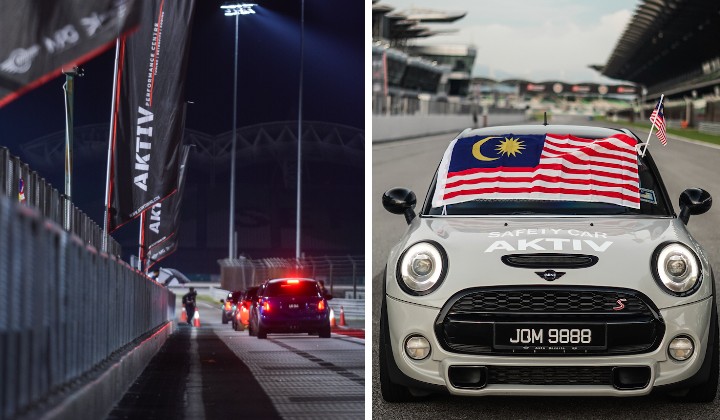 How do Malaysians celebrate National Day?

The national day parade is often about decorated cars, royal inspection, flag raising, recitation of the ‘Rukun Negara,’ and cultural and patriotic performances.

A group of nearly 200 MINI Cooper owners gathered at the Sepang International Circuit on Merdeka eve to mark the occasion.

The parade was organised by Aktiv Tuning Group in collaboration with Ingress Auto, authorised dealers of MINI and BMW vehicles in Malaysia, VIVO Malaysia and Petronas’s PRYSM.

It was patriotic fervour as MINI vehicles of different forms and models gathered to set a new entry into the Malaysia Book of Records.

The convoy paraded around the 5.5 km Sepang F1 circuit twice, guided by safety and sweeper cars.

The parade set a new record as the “Largest MINI Cooper parade with the Jalur Gemilang with 190 MINI vehicles participating.

The organisers said the goal of setting the record is to obtain recognition and celebrate National Day.

At the same time, they hope to promote and increase public interest in the MINI brand.

The parade was followed by a track day session for MINI Cooper and BMW 3 Series owners.