The student was stopped from attending the driving exam because he didn’t wear a collared shirt. 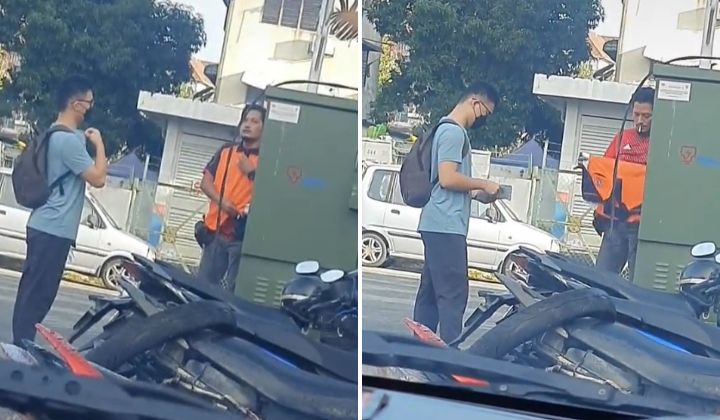 Driving exams can be nerve-wracking for some. Even if you drive well, you might not even pass.

To add to the stress, a boy was stopped from sitting for his driving exam because he wasn’t wearing a collared shirt.

Luckily for him, the stranger he approached for help willingly took off his orange collared shirt and passed it to him so he could take his exam.

The stranger even gave the shirt a light shake and pat before folding it up neatly to be passed to the boy.

Netizens who saw the video praised the man for helping out the boy. They even noticed that the man took the time to fold the shirt neatly and it showed his respect for the other person.

Some netizens said politics tried to separate the community but everyone is actually nice to each other.

For those who are curious about the man’s identity, a netizen shared that he’s her father and her mother enjoyed watching the video.

She added that he usually wears two shirts to work because it’s always cold in the morning.

Another netizen said society should teach children to value and respect everyone regardless of race.