The husband said RM1,000 is in fact not enough for his wife and two kids. 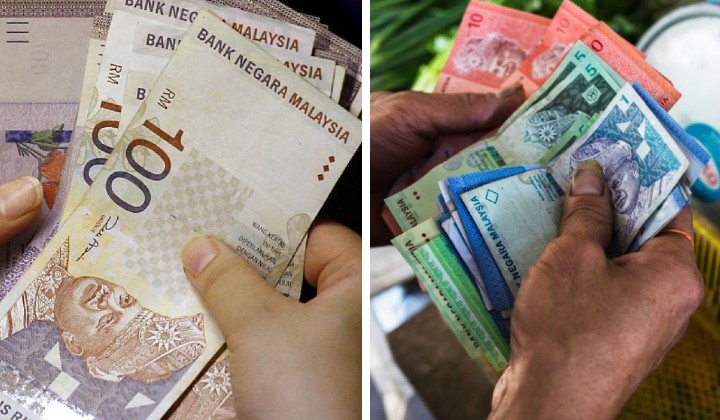 Does a husband have to give his wife money? Yes, a husband is morally bound to provide money to his wife.

Wives also have a legal right to secure basic needs for themselves and their children from their husbands.

But how much should a husband from his salary for his wife?

A netizen Khairol Azry gave his wife more than half his salary of RM1,800.

Khairol conceded that the RM1,000 he gives to his wife is not enough.

He shared his financial struggle on Facebook but instead of complaining, Khairol said he still pulls through by doing a small business to supplement his income.

Borrowing Money Is A Bad Thing

At the same time, he advised people not to borrow money from others.

He said the people being asked to lend their money could also be facing their own financial burdens.

He urged people to instead work hard for money to ensure that the needs of the children and wife are taken care of.

Khairol added that is better to sell off one’s assets and belongings to raise cash rather than borrow from others.

His message resonated with netizens, with many tagging their friends and families, and the post was shared more than 4,500 times in just a few days.

Many expressed disbelief and admiration that he could sustain a family with RM1,800.

It is estimated that a couple needs a household income of RM12,000 to live ‘comfortably’ in Malaysia.