Their hard work and talents have entertained many households locally and globally. 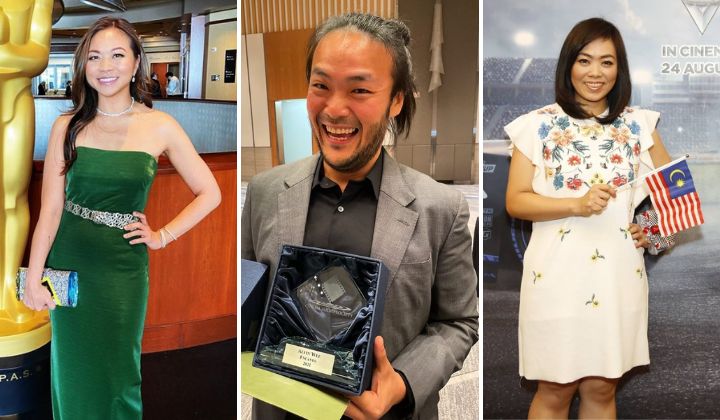 This Merdeka, it’s only apt that we take the opportunity to shine the light on six Anak Malaysia who worked hard behind the scenes to bring some of your favourite movies and shows on Disney Plus to life.

Usamah Zaid is the visionary and creator behind the multiple award-winning animated franchise Ejen Ali.

The show featuring a young Malaysian boy who became a secret agent to protect the fictional city of Cyberaya has garnered a large fanbase locally and internationally.

Ejen Ali Season 3 (Part Two) is set to premiere on the streaming platform this December so remember to stay tuned!

Melaka-born Lyon Liew is a Simulation Technical Director at Pixar Animation Studios. He has worked on multiple animations including the much-loved Turning Red.

With a keen eye for detail, Lyon led his team in bringing Mei’s character to life by making her clothes, hair, props, and giant red panda move realistically.

His other incredible works can be seen in other animated films such as Luca, Incredibles 2 and Coco.

Kiki Poh Mei Kee is an inspiration to many young Malaysians who aspire to become great animators. She’s a Technical Director at Pixar Animation Studios and is also the first Malaysian Pixar animator to specialise in shading and grooming.

She meticulously works her shading artistry on the surface textures and colours of characters.

With over 10 years of experience, she has worked on some of the most ambitious and award-winning features such as Luca, Onward, Cars 3, Finding Dory, and Inside Out.

Andrea Goh is a Layout (Camera & Staging) Lead at Pixar Animation Studios. One of her biggest accomplishments is taking on the production of Disney-Pixar’s Toy Story 4.

She’s also a skilled filmmaker and technical director who is multifaceted as she dabbles in other animation mediums such as modelling, sculpting, and more.

Her incredibly versatile works can be seen in animation stories such as Incredibles 2, Coco, and Cars 3.

What makes a movie great also lies in its music score. Sarawakian Alvin Wee wears various hats as a music mixer, a recording engineer and a music producer.

He’s also the first Malaysian to win the Outstanding Achievement Award in Sound Mixing, having worked on Encanto’s chart-topping soundtrack.

His work on Encanto also led him to an opportunity to win the prestigious Career Achievement Award for sound mixing by the Cinema Audio Society.

Adele Lim has a successful career as a screenwriter and is well-known for her representation of Asian culture in her work.

Disney’s Raya and The Last Dragon, which featured the first-ever Southeast-Asian princess, managed to portray Asian culture authentically thanks to her screenwriting.

Recently, Adele has been invited to become a member of the Academy of Motion Picture Arts and Sciences.

Let’s celebrate and appreciate the talents and hard work of our Anak Malaysia by watching these amazing shows this Merdeka.

READ MORE: These Malaysian Animators Are Making It Big In Hollywood, Here’s What You Need To Know About Them