The woman was able to switch between the languages effortlessly and inspired many Malaysians to keep on learning. 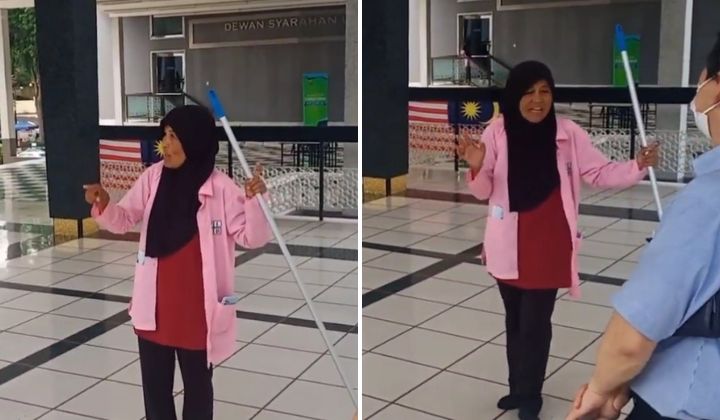 Malaysians were impressed when a cleaner was able to speak Japanese fluently. What impressed them more was when she was caught on video teaching Japanese tourists how to speak in Bahasa Melayu.

In the video, she could switch between three languages (Japanese, Bahasa Melayu and English) effortlessly and didn’t stumble over her words.

Netizens were curious about her background. Some said she used to be a university professor but took up jobs as a cleaner when she got bored of retirement.

Others think she became a tourist guide but became a cleaner during the pandemic lockdown because there were no tourists.

One of them claimed that the woman could speak German and Arabic too.

No matter what she did before, netizens added that she’s living proof that job titles are just titles and a good education is for life.

It’s also a good reminder not to judge someone quickly based on appearance.

She also inspired some of them to continue to work even after retirement.