The series kind of answers everyone’s curiosity about what it’s like living in a world with superheroes. 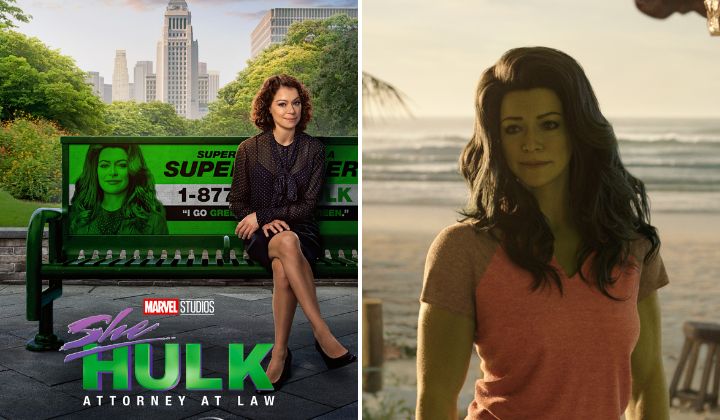 When the teaser trailer of She-Hulk: Attorney at Law was released, I thought they visualized the character pretty well. She-Hulk looked great to me although many people complained about the quality of the CGI work.

Aside from that small hurdle, the new Marvel Studios series is actually a fun ride.

The series gives a fresh ‘insider’ take on what it’s like living in a world with superheroes through the eyes of Jennifer Walters (played by Tatiana Maslany), an attorney and Bruce Banners’ cousin.

If you think living among superheroes is tough, imagine suddenly being one for life and trying to solve a superhuman’s legal problems.

What sets She-Hulk apart from the new and younger ‘Avengers’ line-up is that Jennifer is happy with the life she built for herself as an attorney.

She absolutely didn’t want to be a superhero so when she gets her powers by accident; she was resistant to the idea. She was determined to return back to her normal life instead of staying in hiding like her cousin, Bruce.

The show, at its core, is a comedic story about self-acceptance and taking control of the narrative of your life.

Jennifer/ She-Hulk is relatable because she struggles just like anyone else, whether it’s going on bad dates, having trouble finding the right man, getting laid off, or having clients dropping by your office without warning.

In order to deal with all the nonsense in your life, sometimes you have to talk to yourself out loud aka break the fourth wall, which is what Jennifer does.

Some of us might be able to relate to Jennifer too when she’s treated differently in her She-Hulk form although they’re both the same person.

Good comedy lies in great timing and it’s the same when it comes to breaking fourth walls.

I don’t know if it’s an editing or filming issue but a few of the fourth wall breaks felt jarring to me.

It’s still a bumpy ride but it’s great to get a glimpse of a superhero’s ordinary life and really get to know them.

Catch She-Hulk: Attorney at Law in action today on Disney Plus Hotstar on 18 August 2022.