The rush to wrap up the story in 8 episodes is probably why the finale ended in a whimper. 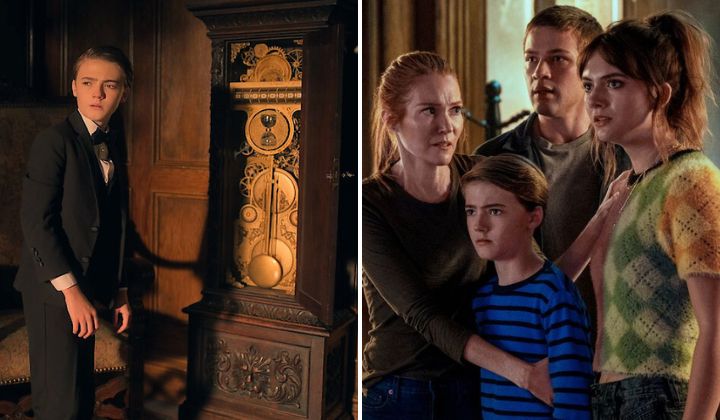 Locke and Key started with some hiccups, and like any other show, it has its great moments. Viewers have now seen the show’s third season and to be honest, it’s bittersweet to see it go.

The show’s creators said the series was always planned to end in the third season so you would think it would end with a bang.

Where it went sideways

First, my gripe with the characters was that they were no smarter or more cautious than before in Season 3.

After surviving monsters from beyond the realm, it’s only logical for the Lockes to take better precautions and fail-safes at least.

I was partial to the idea of keeping all the keys locked somewhere safe. That’s fine.

I was also fine with the youngest Locke, Bode, keeping track of all the keys in his self-illustrated book.

However, it blows my mind when Bode leaves the most important book in his room for everyone to see (if they wanted to). Excuse me, aren’t you supposed to be warier after getting attacked by two Echo sisters?

Since it was the last season, I was hoping to see each character be useful and for the adults to at least put up some meaningful fight to help their children.

Bringing back the old villains from the previous seasons didn’t add much to the excitement either.

Gideon, the major villain, planned to use all the magical keys to open the gateway to the monster realm.

Unlike Dodge, season 1’s villain, Gideon didn’t use the keys in any way to manipulate the Locke children.

All he did was grab all the keys in his hands and growl. That was a really ‘meh’ villain move and didn’t make him any scarier as Dodge did.

I get it’s a story to be led by youths but the adults in the series seem pretty much useless.

For example, the character Ellie Whedon felt underwritten. This is a character that was stuck in the demon world and managed to come back to the real world in the last season.

For whatever reason, she behaved as if everything was fine and nothing could go wrong even if her son’s best friend was acting strangely out of the blue.

The show also let down the character Gordie Shaw. Gordie was a minor character who went to school with Rendell Locke, the father of the show’s protagonists, and had brief encounters with magic.

However, he was killed off as quickly as he was introduced at the season’s end. At least he tried to put up more of a fight as compared to Ellie (who has the experience with monsters!).

The final season probably suffered because it was cut down to 8 episodes instead of the usual 10 episodes per season so things have to be rushed.

There are some good things

Nevertheless, I was happy that Nina Locke, the mother of our heroes, could finally understand what was going on after using the Memory Key. In the show’s lore, adults can’t remember magic.

By using the Memory Key, she was able to retain memories of seeing magic in action, which gave her the chance to be authentically involved in her children’s lives again.

The other silver lining is that there was some closure with the ending. To end the madness in the house, the Lockes discovered that they had what it takes (it’s always the keys) to close the doorway to the other realm all along.

With that, the whole family can have another go at a happier and stronger family unit.