The kittens were caught on an interior roof at Salak Tinggi station. 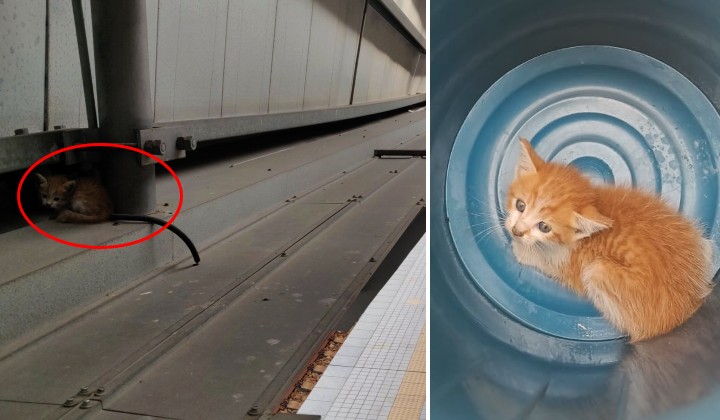 Three adorable kittens were spotted by Twitter user Fatin Nadhirah, who was travelling on the KLIA Transit railway.

She saw the kittens stuck on the interior roof within the platform at Salak Tinggi station in the morning, noting that they seemed afraid. She also took to social media for a solution because she was unable to reach out to an on-ground staff at the time.

Luckily, the staff at KLIA Ekpres were quick to respond to Fatin’s call for help. Within 2 hours, the on-ground staff were able to catch one of the kittens, a cute fuzzy oyen.

The kitty has two more siblings, but they managed to evade capture… for the time being.

Thank you for letting us know about our station's fuzzy little tenants! We have managed to rescue one cutie but its other two siblings were more elusive. We will keep you updated on this ongoing rescue mission. pic.twitter.com/htzxBkGMeV

Undeterred, the team at Salak Tinggi continued their efforts to catch the two other kittens.

Good news! Our team has managed to rescue all three kittens. Even better, all the kittens have been adopted into loving homes. Thank you all for your concern.

Netizens were quick to applaud the team’s quick and effective response.

Thanks for ur effort to save the babies…hope all goes well!

Kudos to the team at Salak Tinggi station!