Disney movies will usually be available on their streaming platform some time after their theatrical release is over. 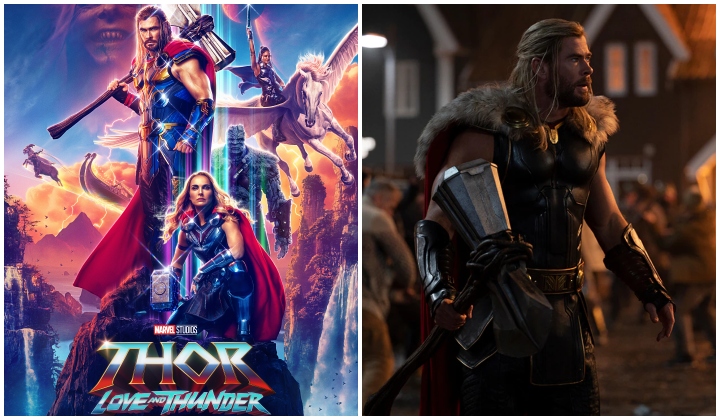 We all saw it coming, didn’t we? *cries in silence*

Well, we guess there’s no better way than to go overseas and watch Thor in Singapore or Thailand. Okay, that may be too much.

We’ve been waiting for almost a month to watch Thor: Love And Thunder here in Malaysia, right?

But now that it’s officially banned here, we’re gonna have to find other ways to watch this most awaited Marvel film to date.

But what if we do have another way to watch it?

Firstly, bear in mind that this is all just a possibility (conspiracy theory-ish), not definite.

As Disney owns Marvel and the rights to the whole Thor film franchise, you can supposedly watch it on Disney+ and Disney+ Hotstar. Most Marvel films will eventually hit Disney+ after their theatrical release, like Eternals (it took 3 months) and Doctor Strange in the Multiverse of Madness (it took 47 days).

So if Thor is coming to Disney+, it’s just a matter of when. It could arrive on Disney+ and Disney+ Hotstar between mid August and early September 2022.

However, another question remains. Will it be available in MALAYSIA though?

Lightyear is coming on Disney+ Hotstar, then theoretically Thor 4 would too, right?

A little bird told us that Lightyear is coming to Disney+ Hotstar. Remember? The one that got ‘banned’ in Malaysian cinemas previously? 👀

Most people speculated that it was because of the LGBTQ ‘element’.

READ MORE: “We Didn’t Ban ‘Lightyear’, It Was The Distributor,” Says Censorship Board On The Movie Not Showing In Cinemas

But hey, would you look at this? It’s coming to Disney+ Hotstar in Malaysia!

Of course, it doesn’t say when specifically but worldwide, it’s coming to both Disney+ and Disney+ Hotstar on 3 August 2022.

So what does that say about Thor: Love And Thunder? There could be a chance that it will be aired on Disney+ Hotstar too. We just have to wait for it. AGAIN. 🙃

We’ve reached out to Disney+ Hotstar for further clarification regarding the possibility.

Well, what do you think? Is there a high possibility of Thor 4 being in Disney+ Hotstar?