Subway repays the Australian traveler with a gift card for the same amount. 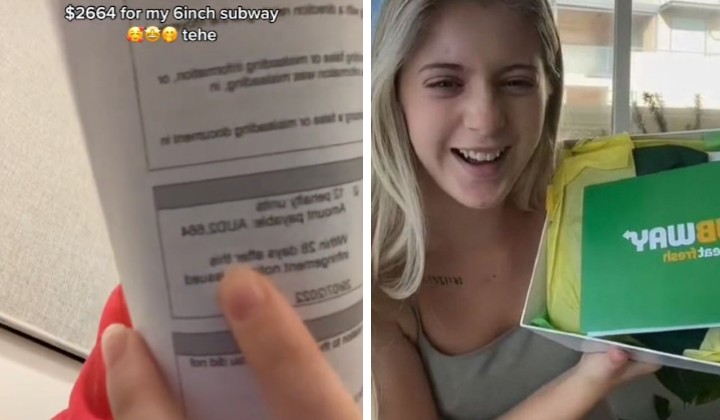 Filling out the customs declaration form when entering a country is essential.

A customs declaration is a form that lists the details of goods being imported or exported when a citizen or visitor enters a customs territory (country’s borders).

An Australian woman learned it the hard way when she took home a Subway’s sandwich from Singapore.

Jessica Lee had purchased the foot-long sandwich at Singapore Airport, and it was half eaten when the customs singled her out.

She shared her experience in a TikTok post, which went viral with 1.1 million views in three weeks.

Jessica Lee on being given a hefty fine over a sandwich.

Jessica acknowledged that it was her mistake to fail to declare, but she didn’t think that her fast food would get her into trouble.

A Year’s Supply Of Subway

In response, Subway made up for her disappointment with a gift box which included a voucher for A$2664 worth of food.

She posted the happy moment on TikTok with the caption, “@subwayaustralia ARE YOU KIDDING? Basically free subs for a year”.

Subway also wrote her a card.

To say thank you for eating fresh we’ve uploaded a Sub card with $2664 just for you. We hope this covers all your chicken and lettuce needed. Love from your Subway fans.

Jessica was not the first traveler to face such a fine for failing to declare her items.

According to Sinchew, the passenger lined up in lane number 6, designated for those with nothing to declare.

Taiwanese authorities said fried chicken is classified as a meat product and therefore is strictly forbidden to be brought into the country.

Unlike Jessica, she was not compensated in any way.

Airline Misplaces Luggage Of Humanitarian Workers For Two Weeks, No Compensation Given