The man gave in to avoid making a scene in the cinema hall. 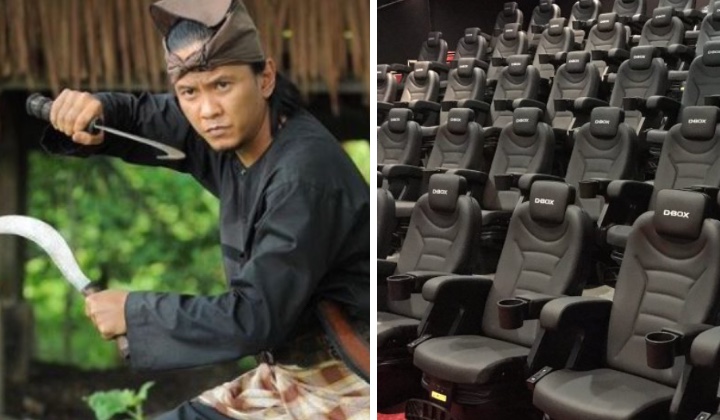 Some people would only go to the cinema if they can choose where they sit.

Allocated seating is useful in making sure you get the seat you want, but what do you do if someone is sitting in your seat?

Recently, a post by a user known as Syukrie Sufian, who expressed his disappointment towards a handful of spectators at the cinema, was posted on Facebook.

In the posting, Syukrie said he bought a Mat Kilau ticket which airs at 7.40 pm.

He and his partner fulfilled their duty for Maghrib prayers first, and they entered the cinema theatre late.

When they arrived at the cinema, they were shocked when a family took their reserved seats.

Reluctant to cause a commotion, the couple had to give in and sit in a seat that did not belong to them.

In the meantime, the man also reminded the public to sit according to the tickets they bought.

Meanwhile, netizens said the man should have just informed the cinema staff instead of writing such a long post on social media.

They pointed out that cinemagoers cannot squat in other people’s seats no matter if they arrive early or late.

They added that the trend would only worsen if no one speaks up.

In any case, the experience encountered by Syukrie is all too common.

Someone sitting in another’s seat would certainly spoil the enjoyment of the film itself.

Can the people of GSC have the decency to follow cinema etiquette and rules of reserved seating?
So primitive
It’s making my job stressful

Yes, some people treat the cinema as their own home.

How we behave there is different from how we behave when we’re watching a film at home – it’s cinema etiquette.

Does It Matter Where You Sit In A Cinema?

Some people must have at least one free chair space next to them; in front of them and behind them.

The centre positioning is usually the most desirable as it is best for sound and viewing comfort.

You have the best placement for surround sound, and your ears catch the full effect of all the speakers in the house working together.

When you’re up close to the screen, say in the front or second row from it, you’re missing massive amounts of the picture itself.

Some prefer to get the aisle seat in case they need to dash for a wee.