The tractor driver was angry to receive a saman. 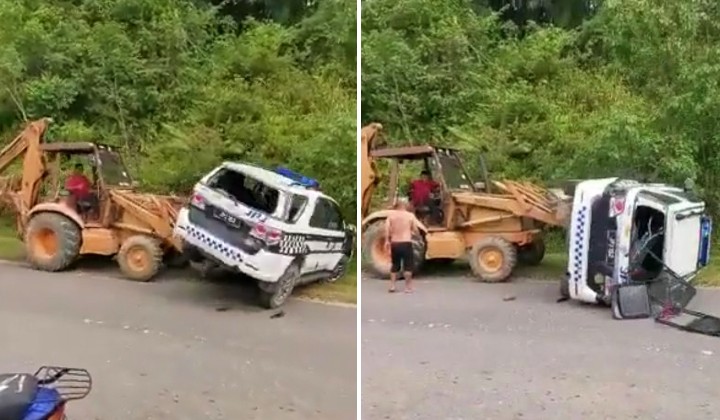 A video posted on social media recently showed a JPJ car being overturned by a backhoe tractor in Keningau, Sabah.

The driver was then given a ticket by JPJ officers.

As a result, the driver, in the red shirt, was angered and flipped the JPJ car over with his backhoe tractor.

He was filmed driving towards the JPJ car while JPJ officers (in uniform) and passersby (in black pants) attempted to stop him.

Using the backhoe, he scooped up and overturned the JPJ car.

According to KPD Keningau, the driver has since been arrested for further investigation.