Accompanied by Diana Danielle, Alvin Chong, and your two favourite girls from the Blimey YouTube channel, you can take a trip for two to Korea this September! 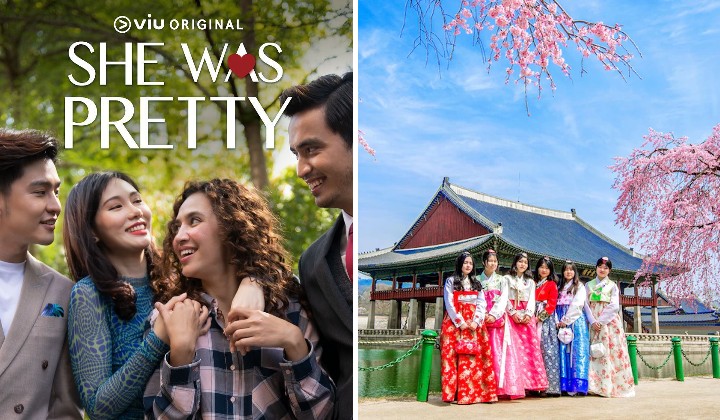 Listen up She Was Pretty and Blimey fans in Malaysia!

If you have been closely following Viu’s original She Was Pretty remake by our talented Malaysian casts, you might as well join this exciting contest to win a pair of tickets to South Korea from 30 August to 4 September!

Initially a massive Korean drama, She Was Pretty is adapted into a Malaysian version starring Diana Danielle, Aiman Hakim Ridza, Alvin Chong and Daniella Sya. It is currently streaming on Viu, with two episodes every Thursday, before three episodes are released during the final week.

Also a Malaysian sensation, Blimey are YouTubers from Korea that’s been bridging the gap between Malaysian and Korean culture. They mostly focus on lifestyle vlogs, showing their experiences exploring Malaysian culture and sharing things about their cultures as well.

The 5-day-4-night contest was announced by Blimey recently on June 21 on the drama’s launch at Tropicana Gardens Mall. One lucky winner can bring their plus one and head on to South Korea to explore more about Korean culture and tradition together with our four celebrities.

What do you have to do?

You can join this contest by following the official @ViuMalaysia and @BlimeyToYou on Instagram and TikTok and watch out for the selected scene of She Was Pretty for the week.

After that, fill in the contest form and answer this question with a short slogan of not more than 15 words.

“I want to go on a trip to Korea with BLIMEY, Diana Danielle and Alvin because….”.

They’ll have four scenes for you to act out within the four weeks of this contest. The consistent you are with submission every week, the higher your chances are!

Currently, they’ve only released the first task of the week. Try and reenact this scene right here.

All the best peeps!