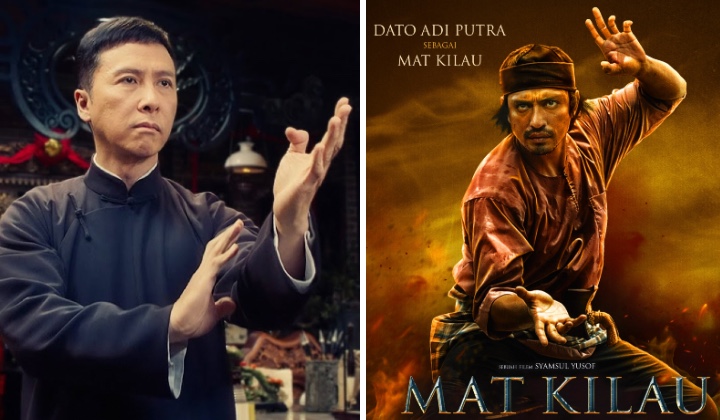 Mat Kilau’s film made history when it became the first local epic film to collect RM1 million on the first day of screening.

The film is inspired by the epic Malaysian historical figure Mat Kilau (1865-1970) who had fought against the British imperialist in Pahang in the late 19th century.

Its director, Syamsul Yusof, 38, said that the initial success of the film produced by Studio Kembara was a blessing from God.

He said the actors and the production team had worked hard throughout the filming process.

As the co-director of the actors and the production team with a sense of humility, I am very grateful for this very proud achievement. Mat Kilau is the first Malay epic film with the highest collection in the history of epic films. It is indescribable. Praise God.

Director Syamsul Yusof on the success of Mat Kilau.

Despite having made a lot of films including several record-breaking movies, Syamsul said Mat Kilau is a milestone for him.

Speaking to Harian Metro, he said Mat Kilau, which cost about RM8 million, motivated him to further elevate the Malay film industry.

In his opinion, Malays, no matter what field, whether film or any other field, should not look down on their identity

Director Syamsul Yusof calling on Malays to emulate the spirit of Mat Kilau.

You Can’t Please Everyone

Mat Kilau has been hit by controversy even before it was released.

Some are not satisfied with the historical film directed by Syamsul Yusof.

In a sharing on Facebook, the organisation criticized the dagger hidden in the waist of Jalaluddin Hassan’s character in the Mat Kilau poster.

The keris is said to be a Javanese Keris, not a Pahang Keris, as used by Malay heroes, especially Mat Kilau.

The organisation also expressed disappointment that the production team did not listen to their remarks about Malay fashion and history.

Nevertheless, some said the critics should give grace as most movies do not fully depict the actual history.

They pointed out that production of historical films is a big challenge to producers and directors.

Movies based on actual events are not easy to make as there must be a delicate balance between a compelling storyline and historical accuracy.

The movie had been widely compared to Ip Man, which stars Donnie Yen Ji-dan.

Ip Man is a series of Hong Kong biographical martial arts film based on the life of Ip Man, a grandmaster of the martial art Wing Chun and teacher of Bruce Lee.

Netizens who lauded the Mat Kilau movie said that Ip Man is considered invincible in his life in the world of martial arts when it is just a fabrication from the scriptwriter and director.

They added that the film is propaganda, and the story and plot of his four-film series deviate from the true story of Ip Man.

Despite being fiction, the Ip Man movie has managed to raise the name of Wing Chun kung fu art and the Chinese nation worldwide.

The same goes for Mat Kilau. Netizens said it is a fictional story that is inspired by a Malay fighter by the same name.

The director portrays Mat Kilau’s incredible and charismatic physique in the movie.

At the same time, it also displays the spirit of the Malays, who are determined to defend their homeland.

They are willing to sacrifice their lives to defend their dignity and homeland.

Mat Kilau became a source of inspiration to the Malays, who were considered weak and weak by the colonialists.

Mat Kilau is not the first historical film in the country’s film industry.

Several other producers had diversified the genre of local cinema and produced historical movies such as Bukit Kepong, Lieutenant Adnan, Paloh, 1957: Hati Malaya and Tanda Putera.

We regret to inform you that our scheduled screening of Amir Muhammad’s Lelaki Komunis Terakhir will not be taking place. Last night, we received a notice from LPF informing us that the original ban from 12 years ago still stands & that we are prohibited from screening the movie. pic.twitter.com/I8Ud5k7Jji