The monitor lizard dashed out from under the cars before it was captured. 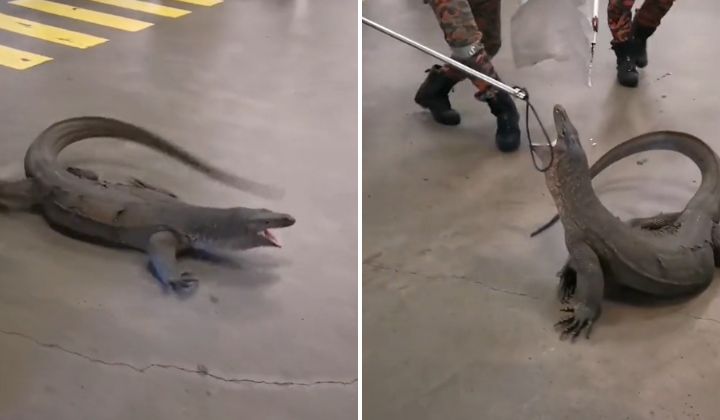 Guests at Ara Damansara Lotus’s were surprised when they were greeted by a reptile that looked like a monitor lizard in the parking lot.

The Tiktok video uploaded by Fire Fighter Forever showed a group of firefighters circling the reptile to catch it.

Although it put up a small fight, there was no room for escape, and another firefighter managed to pin the animal down while using something that looked like a canvas.

Netizens were amused to see the whole incident unfold and jokingly asked who played Jumanji.

They also said to leave the reptile alone because it was just there to shop for groceries and asked whether the lizard was someone’s ex.

However, some netizens pitied the scared creature and said there was actually no need to capture it and it could just be safely chased out.

They pointed out that the monitor lizard’s habitat could be compromised, which might explain how the animal turned up in an urban area.