Anyone in the world (including Malaysians) who can speak English is eligible to join and compete for $4.56 million (RM20 million). 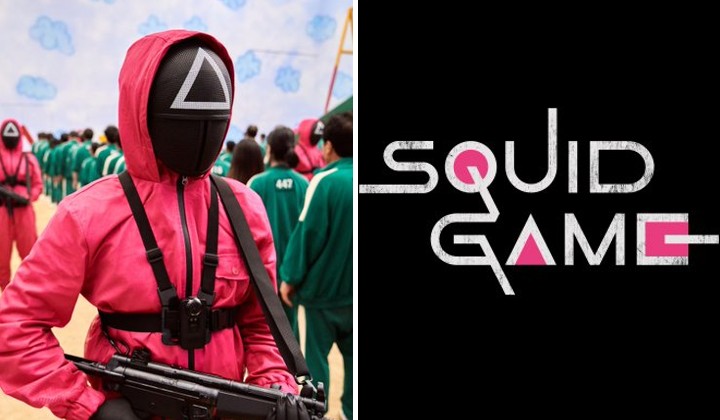 Yeap, you heard it right, guys!

And you can join too.

READ MORE: Netflix’s Squid Game Is Confirmed For A Season 2!

The 10-episode competition series that’ll be taking place in 2023 is called Squid Game: The Challenge. Players will compete through a series of games inspired by the original show but with new surprising additions along the way.

Filming in the United Kingdom (UK), their strategies, alliances, and character will be put to the test on live TV as they’ll witness competitors being eliminated around them.

The idea is simple though, if you win, you win big. But if you lose, you’ll go home empty-handed. The stakes are incredibly high.

No, they won’t kill 455 people, if that’s what you’re asking. Don’t worry, there won’t be any lethal consequences like in the movie. Players won’t be dragged out with a lifeless bloody body out of the game (thank god!) if they lose a round. They’ll get to go home safe and sound, but no money laa.

The fictional series, Squid Game, is known for its creepily dangerous and mysterious live game that contends 456 financially struggling players from all parts of South Korea to win a cash prize of 4.56 million won, displayed in a big hanging piggy bank in the middle of their vast hall. This game is planned and endorsed by rich elites from all around the world, just for their amusement. It’s sorta like the ‘The Hunger Games’, in a way. Wonder if they have a real game show for that though.

According to Brandon Riegg, Netflix VP of Unscripted and Documentary Series, apart from being a massive competition, this reality game show is a social experiment as they turn Director Hwang’s genius fictional masterpiece into reality.

Fans of the drama series are in for a fascinating and unpredictable journey as our 456 real world contestants navigate the biggest competition series ever, full of tension and twists, with the biggest ever cash prize at the end.

Feels surreal huh? Okay, it’s best to say that you need to train for this starting now. Don’t skip gym day guys! Prep yourself with any traditional games you think you would need to know!

People who make the cut for the 456 castings will stand a chance to win the ultimate lump sum cash prize of $4.56 million (RM20 million). You’ll straight up be a millionaire.

Oh, do we need to mention the fact that this is the biggest amount of money offered in reality TV history?

This show will go down in history to be the largest number of casts (456 real players) in reality TV too!

You Can Join Too, Here’s How

Anyone in the world who can speak English is eligible to enter this competition. That includes Malaysians too! They’re going to film in the UK, so of course, you would need to speak the language there.

You just need to be 21 and above, upload a 1-minute video and there you go! They’ll also need a headshot and a full-body length photo of you, so give your best ‘I was born for this’ face in the photos!

As the program will likely take part in early 2023 (or later), you would have to be available for 4 weeks in the UK then (if you get selected to be among the 456 players). For that, you’ll need the necessary documents and passports ready.

Recruitment is now open and you can find out more details at SquidGameCasting.com.

Now, the real question is, do you really have what it takes to win Squid Game?

Do our country proud! Just don’t kill other people though.

Netflix’s ‘All Of Us Are Dead’ Confirmed For Season 2!