TasteAtlas generated a list of Top 50 World Cuisines, which includes many European countries. 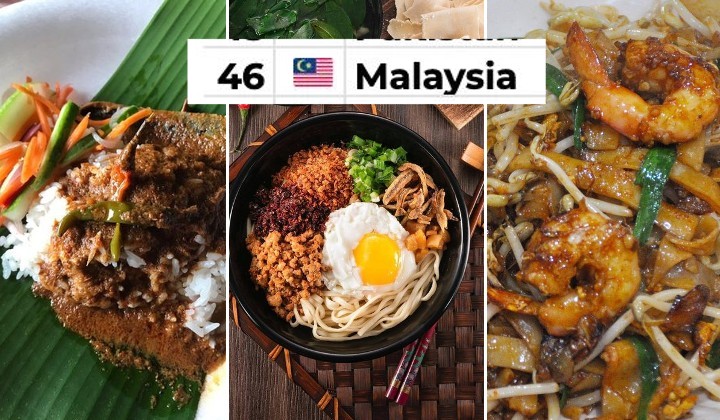 In a surprising World Cuisine Ranking list updated for June 2022 published by TasteAtlas, Malaysia ranked only #46.

Naturally, this list has made a lot of people angry.

Malaysians were naturally baffled by the ranking. As a country that prides itself on the incredibly diverse and delicious food we have, such a low ranking just doesn’t sit right.

Additionally, being so far behind our other Southeast Asian neighbours is upsetting, particularly since Indonesian and Malaysian food are quite similar.

asian food not dominating the top 10 implies this list is objectively wrong https://t.co/Rb8aD33po3

However, the bafflement was pretty universal, even for non-Asian friends.

Some even made fun of how USA made #13, considering that the country is often made fun of online for having boring “white people food”.

We mostly have same cuisine. How come the difference can be that much.

Both are pretty severely underrated on this list… amazing food from both countries.

How was it ranked?

According to TasteAtlas, the ranking was obtained based on the users’ average rating of the country’s 30 best dishes, beverages, and food products of the country. Countries that did not have enough items rated did not make the list.

Naturally, this would cause some bias as TasteAtlas is headquartered in Bulgaria and founded by a Croatian. As such, a majority of their content is understandably focused on European countries.

However, since TasteAtlas relies on user-generated content, they list many less well-known and more regional food dishes that the international community may not be familiar with.

READ MORE: Types Of Laksa In (Almost) Every State In Malaysia

Unfortunately, this also means that countries such as Malaysia where TasteAtlas does not have a presence in may suffer from lack of information.

Of course, the ranking is not meant to be objective and by no means is it a definitive ranking. Still, perhaps we should invite more taste testers to try everything Malaysia has to offer!