Armed with a microphone, the driver sang his heart out while he was caught in heavy traffic. 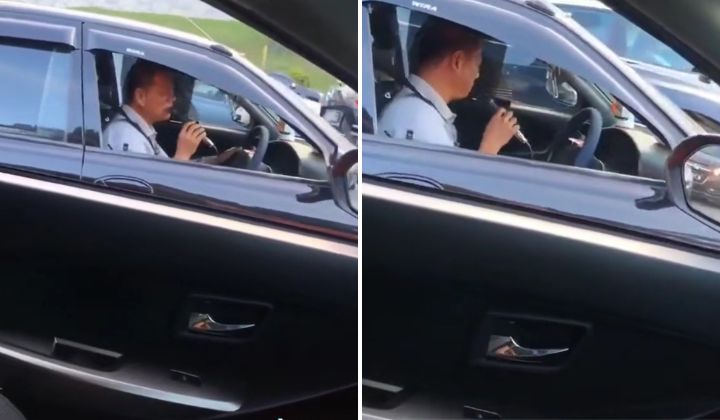 Traffic jams are a bore and it can be hard to stay awake on the road after a long day at work.

Some of us have employed various methods to entertain ourselves while on the road such as listening to the radio, putting on podcasts, or even singing along to the radio.

A recent viral video showed a fellow driver who took it up a notch by having his own karaoke session from his car while stuck in traffic.

With his window wound down, he belted a song into the microphone in his hand. A car next to his noticed this and captured the partial performance on video.

Netizens were entertained by the man’s antics and said it was a good idea to release stress after work while sitting in a traffic jam.

Others expressed their wish to join the man’s singing session and thought it was a great idea to keep boredom at bay.

Although it looks like a fun idea, some netizens wondered whether it’s against the law and if drivers will be summoned for singing with a microphone in the car.

At the end of the day, it’s still important to make sure our eyes are on the road for everyone’s safety, including ours.