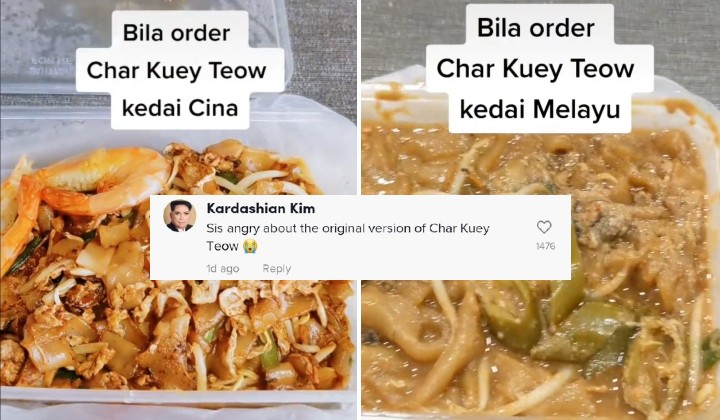 A TikTok has gone viral for supposedly getting angry that their char kuetiau order from a Chinese shop came out dry.

The TikTok shows a take-away order of dry fried kuetiau, paired with audio of a woman saying in Malay, “Want to be mad… but must have patience…”, assumed to be in response to getting the wrong kind of kuetiau goreng.

One of the most common misunderstandings of ‘char kuetiau’ is the fact that there are both wet and dry kinds in Malaysia.

Of course, Malaysians weren’t particularly pleased at the ‘angry reaction’ to getting dry char kuetiau.

Some even cheekily suggested that the anger could be the addition of bean sprouts, which some people love and some hate.

However, the account appears to be a troll account, because just three days ago they posted a similar video with the exact same frustrated audio clip, except it was for a Malay-style kuetiau goreng instead!

Once again, it appears that this sort of TikTok goes viral simply by riling up people who love kuetiau in their own way.

In any case, at least Malaysians are more than aware that there are two kinds of kuetiau goreng, and both kinds are delicious (and shouldn’t be something to get angry over)!