The company said the employee in question was drowsy after taking medication and fell asleep. 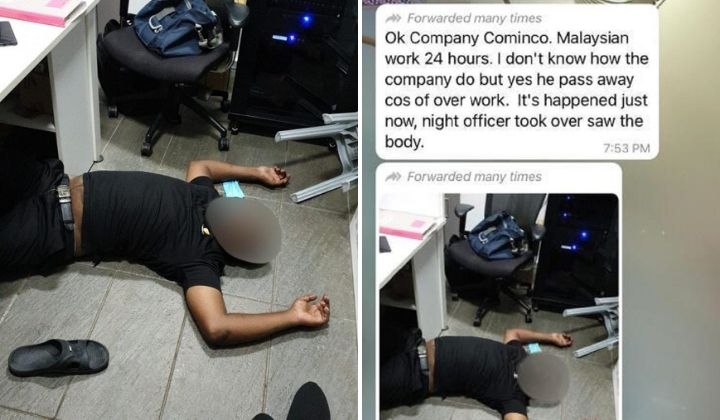 Not too long ago, Malaysia was voted the third most overworked country in the world behind Dubai (1st place) and Hong Kong (2nd place). Our sibling next door, Singapore, ranked fourth.

The employee was said to be working for Cominco as a security guard and was on duty for 24 hours straight. The rumour was he died due to overwork.

After the post went viral, the company had to clarify that it was a fake story.

According to Zao Bao, Cominco said the security guard in question felt drowsy after taking his medication which caused him to dose off on the job.

His colleague tried to wake him up but he was in deep sleep. The colleague had to ask for help from others to move him.

Cominco assured everyone that the Malaysian worker is alive and well.

However, the rumours spread by irresponsible parties have damaged their reputation and a police report has been lodged. An internal investigation is currently underway.