The 70-year-old woman wanted to own a car to get around easily but didn’t have enough money to pay for a new one. 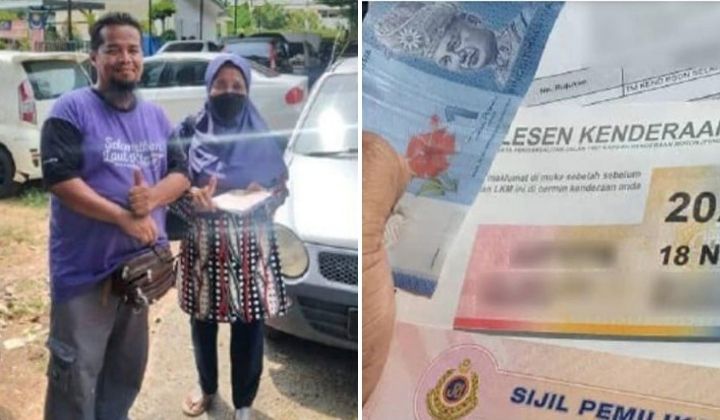 A workshop owner in Durian Tunggal, Melaka, sold an elderly woman a Perodua Kancil for RM1.

Berita Harian reported that Shikh Muhammad Makhdad Haron, 49, was approached by Jamilah Mazaki, 70, who wanted to buy a used car.

However, she didn’t have enough money to pay but was willing to pay in instalments. Jamilah had been getting around using e-hailing services or carpooling with someone else for work and grocery shopping.

Shikh pitied Jamilah so he decided to look for an affordable used vehicle for her. His search led him to the owner of a Perodua Kancil who was willing to give the old car away. The owner wanted to remain anonymous.

Shikh brought the vehicle back to his workshop for repairs and made sure the car was safe to be driven before selling it to Jamilah.

He added that he appreciated the help from his colleagues, the community and Puspakom to help realise Jamilah’s wish to own a car.

Although there were hurdles to overcome along the way, the car was finally passed to Jamilah.

He said he only asked for RM1 as payment as a sign of care and effort to help those in need.

Upon getting the car, Jamilah was touched by Shikh’s effort and was surprised to be only charged RM1.

Only Allah can repay everyone who helped realise my dream.