It’s known as the ‘trickle-down effect’ in the fashion world. 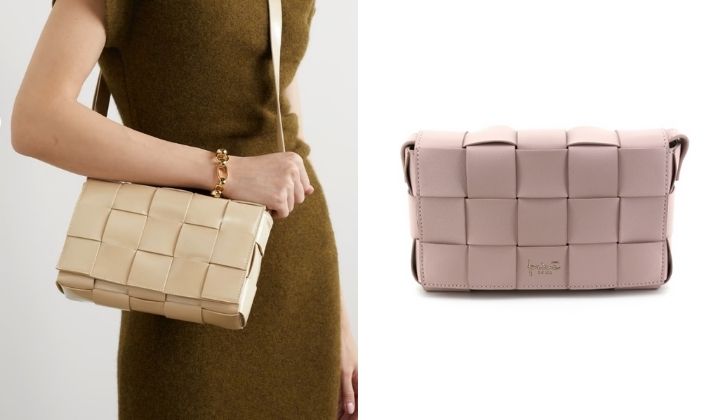 A Twitter user recently praised Bata for stepping up its game by producing high-end handbags that looked on par with designer brands.

The bags are not complete copies and differ slightly when it comes to their hardware accessories such as logos and clasps.

Despite this, the bags still look stylish and Bata’s affordable prices provide a way for the majority to keep up with fashion trends.

However, some netizens think it’s blatant plagiarism and said there’s nothing to be proud of for copying designs.

They also wondered why netizens criticise the local company Duck for copying designs from smaller brands but praise Bata for doing something similar.

am not backing up vivy or duck or anything, but this is plainly bias https://t.co/IDbDmwYLjd

It’s known as the ‘trickle-down effect’

A netizen Syakinah (@_nsyakinah), who has a background in fashion design, explained the difference between both scenarios.

A smaller brand copying designs from a larger brand is known as the ‘trickle-down effect.’

You might recall that Meryl Streep’s character in The Devil Wears Prada, Miranda Priestly, explained how it all works.

following designs of bigger brands is called “trickle down effect”. i studied fashion design and we learn it in uni. 🦆 copying small brands is bad because theyre using their resources to steal from a business that has less visibility. bata copying bottega veneta is not the same https://t.co/N4mnFpuauL

Syakinah further explained that a larger brand getting copied by small brands does not lose the value of its products such as bags, even if the products were mass copied.

Also, the brands’ rich clientele will still patronize their stores and wares.

On the other hand, huge brands copying small designers directly take away opportunities and the visibility of small-time designers.

Long story short, the term ‘plagiarism’ can’t be simply thrown around because it requires many specifications.

some additional things to read. what companies like bata do is not truly plagiarism but more towards following trends that are created by famous designers.

the term plagiarism can’t be simply thrown around because it requires many specifications pic.twitter.com/S39A6TKcA9

As an example, another netizen pointed out that Bottega Veneta didn’t come up with the concept of a weave/ anyaman bag.

The company just popularised the ‘pattern’ and made it a trend. In fact, it just looks like our ketupat!

btw bottega themselves did not come up with the concept of anyaman bag ya so kalau cakap other brands plagiarised them pun tak tepat. they just popularised it and made it a trend.

many aspects need to be considered before cop plagiarism such as inspiration, concept etc

with all due respect, that design belongs to ketupat. botega plagiarize ketupat. bata just take it back to homeland.