Just to be clear, Teochew is a group of people, not the name of the porridge.. 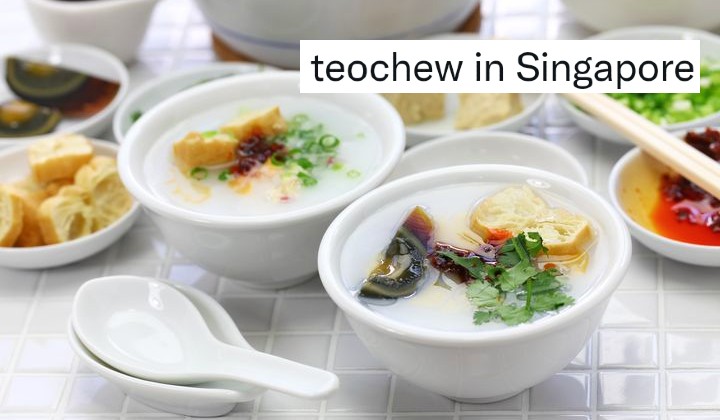 Asians love porridge. Asians also love to share the love of porridge with others.

However, a Washington Post writer accidentally angered Southeast Asians by making a mistake in a simple article about rice porridge.

Known as juk or jook in Korea, bubur in Indonesia, lugaw in the Philippines, teochew in Singapore and dozens of other names around the world, there are an endless variety of ways to make a simple rice porridge. https://t.co/oiqxKPNsZ0

In one paragraph, author G. Daniela Galarza writes about how porridge goes by many names in different countries.

However, she mistakenly wrote that porridge is called “Teochew” in Singapore.

Teochew is an ethnicity, whereas Teochew-style porridge is the kind of rice porridge commonly served in Singapore and Malaysia, which consists of plain white rice porridge with various toppings such as century egg, chili oil, pickled vegetables, and more.

This simple mistake has caused the original tweet to be blasted by Asians and other readers.

2/ Just to be clear: Teochew is a dialect group, of which I'm part of. There is a form of porridge called "Teochew Porridge", a form of dining where porridge comes with different kinds of dishes.

My mom is of TeoChew Chinese ethnicity, I'm gonna start calling her Porridge now thank you

Information on Teochew porridge is not difficult to verify at all. In fact, Teochew porridge has its own Wikipedia page that clarifies its name, origins, and role in Southeast Asian cuisine.

Others managed to turn the mistake into an opportunity to make fun at Westerners instead.

I'm gonna refer to French fries and "French" from now on

While we’re flattered that local Asian cuisine is gaining international attention, perhaps it’s best to fact-check with a local or two before stating assumptions as facts.