The series sees Obi-Wan Kenobi living in the darkest timeline after the fall of the Jedi Order. 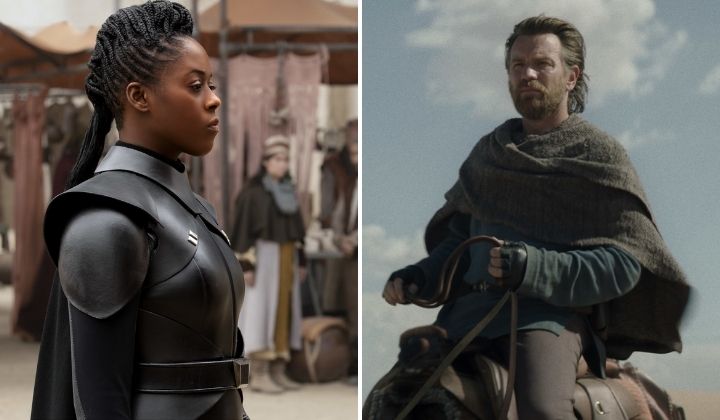 The Obi-Wan Kenobi series will take place ten years after the events of Star Wars: Episode III – Revenge of the Sith (2005). At the end of the film, the Jedi were destroyed by Order 66 and Anakin Skywalker became the Sith Lord Darth Vader.

Baby Luke Skywalker was sent to be raised by his relatives – Uncle Owen and Aunt Beru – on Tatooine, while his twin sister Leia was adopted by the royal family of Alderaan.

Despite going into hiding like the rest of the survivors, Obi-Wan continues to keep watch on Luke from afar. The Obi-Wan Kenobi series picks up from this point onwards.

During the global press conference, McGregor shared that they didn’t know the films were well-received when they both made the films years ago. Back then, the films didn’t get a good enough reception and there were no social media.

I think I became more aware of the fondness that the generation that we made the prequels for have for those films.  Because when we made them, we didn’t hear that.  We didn’t get that response, really.  So, gradually, I started realizing that people really liked them and that they meant a lot to that generation.  So, that made me — that warmed my feelings about them, I guess, or my experience of being in the Star Wars world.

Ewan McGregor when asked how he felt reprising his iconic role in the franchise.

McGregor also shared that he was excited to show a different side of Obi-Wan Kenobi by bridging the gap between his version of the younger Obi-Wan and Alec Guinness’s portrayal of an older, wiser and wittier version of the character.

In the new series, Obi-Wan is in a dark place during a pretty dark timeline. He’s living a solitary life since he’s in hiding and on the run. He can’t use the Force or communicate with any of his old comrades. In a way, it’s like he lost his faith, and it’s akin to someone losing their religion.

McGregor added that he hadn’t seen Hayden for years but when they were back on set doing stunts together, it was as if time had not passed.

The series will introduce the audience to the Inquisitors that Darth Vader governs. Their job is to hunt down the remaining Jedi who survived Order 66 at the end of the Clone Wars.

Moses Ingram plays a super driven Inquisitor and Darth Vader’s subordinate named Reva. Ingram describes Reva as a smart woman who’s always 10 steps ahead. What intrigued Ingram about Reva is the character’s fervour to do her job to the best of her ability.

As a newcomer to the Star Wars world, Ingram admitted she felt it was ‘dangerous’ the first time she read the script, but she was excited.

It was really fun. It’s fun to be bad.

To create the essence of her character, she worked with director Deborah Chow and the makeup and costume department.

One major change they made was the style of her character’s hair. Ingram said the initial envisioning of Reva’s hair was something her hair didn’t do naturally. What they agreed upon in the end was to have her hair in braids, which the audience will see in the series.

But I think what’s cool about this is, like, you can fight like a girl and still, like, you know, be badass, which is pretty cool.

Obi-Wan Kenobi will premiere exclusively on Disney Plus Hotstar on Friday, 27 May, with the first two episodes.

Following the premiere, the series will stream weekly on Wednesdays, until the finale on Wednesday, 22 June.

Here’s What We Can Reveal About Marvel Studios’ Hawkeye Series