The Myvi driver reversed and drove forwards to scan the RFID a few times before finally taking the boom gate out. 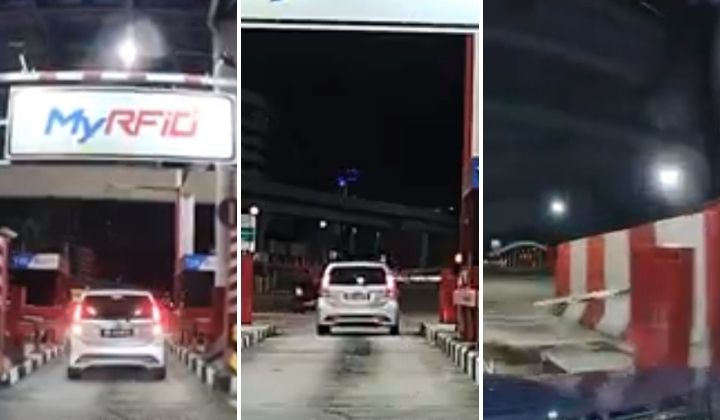 RFID was supposed to make the commute easier but it has caused more problems such as long lines due to its subpar detection at toll booths.

It was bad enough until a driver had enough of it.

In a recent viral video, a white Myvi tried to get past the Cheras-Kajang toll but was held back by the boom gate because the RFID couldn’t be detected.

The driver kept reversing and driving forward a few times to no avail. After much trial and error, the driver just stepped on the gas and rammed the boom gate.

The driver behind the Myvi couldn’t help but laugh. When it was his turn to go past the toll, the boom gate swung open and broke off.

Netizens had a good chuckle and joked that no one should cross a Myvi aka the King of the Road.

While it didn’t look like exemplary behaviour, netizens agreed that the Myvi driver did what they had to do.

Here’s to hoping that the RFID detection will be improved.